Lately I’ve not really felt like my best self, so I’d like to invite you to what is shaping up to be some kind of personal therapy session, because today I’m going to go into why. I highly doubt there will be a structure to this post but I suspect it could be a long one, so grab a cuppa and get settled (or alternatively think ‘dear god, is she going on and on and on for over a thousand words again?!’ and promptly click away – I don’t blame you).

I belong to that collection of really annoying people who are always rushing around while simultaneously going on about how they’re always rushing around. Aren’t they just the worst? I totally agree, and I can say that, because I am one. That’s been the case for a number of years now – I will always try to cram in as much as possible, often making time for two sets of plans where there should probably only be one. I think I’m probably known as someone who is ‘into’ things, because if I start doing something, I don’t go about it half-heartedly, I dedicate my entire being to it. I’m starting to tire of this situation though, as despite my intentions that October would be about finding routine, and getting shit done but also relaxing, it didn’t quite go to plan. I ended the month feeling a bit beaten up, and while I did get *some* shit done, I can’t help but feel that it’s come at a cost.

‘You had a holiday at the end of September!’, you must be thinking. Well – yes, I did have a holiday at the end of September. It was booked the week before, we scrambled to get everything sorted for it, I was waking up every morning we were there to schedule tweets and I stayed up until 3am one night because I wasn’t happy with this post which was going live while we were away. We got back at 11:30pm on the day we landed and went back to work the next day, and I’ve been a stupid, tired hamster running fruitlessly on my little wheel since then. 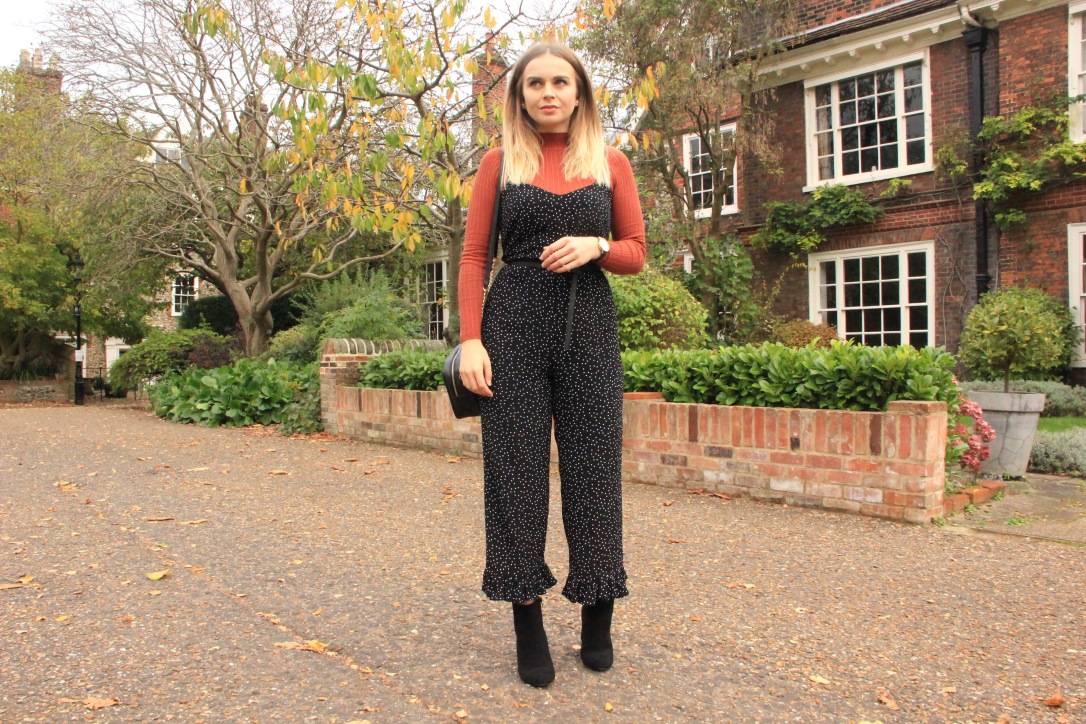 The worst thing is that if you asked me what I’ve been doing that’s been keeping me so busy, I couldn’t even tell you, because I’ve achieved nothing impressive with that time. I went to see friends in Oxfordshire one weekend, I’ve had a few more after work plans than usual (one week I had plans after work every night) and I’ve been averaging 4 gym sessions a week (which, I might mention, is less than I would like). Work has stepped up several gears because of a particular project I am working on, and it’ll continue to be pretty crazy there for me now until early January. I’ve stuck to two posts per week on Sophar So Good, and have been getting up at 6am to do blog stuff because when else am I supposed to do it? In short, it’s just life. Plenty of people do exactly the same – I just don’t know how.

How do you excel in your job, and also work out frequently, and also ensure you’re a good daughter and sister and friend and girlfriend, and also blog and all the stuff that goes with it, and also do the food shop and the ironing and the cooking and the adulting? Try as I might (and I have been trying, very hard), I can’t seem to fit it all in, and I’m so incredibly tired of always being ‘on’.

Because that is what it feels like – I’m never not doing something. And I like doing stuff and being busy, but I’m thinking perhaps that I need a little time to be off, so that I can be better at being on. I’ve caught myself saying things in Instagram captions, for example; ‘oh, lovely, it’s time for the bake off!’, and immediately I know that the image of what I’ve just said – cosy night in front of the tv with a blanket, watching something oh-so-wholesome – doesn’t really reflect my evening at all. That actually, Bake Off might be on, but I’m not really watching it. I’m replying to emails and instagram comments and whatsapp messages, keeping an eye on work stuff and panicking about all the other things I’ll never fit in to the evening and the fact that I’m out tomorrow evening so when will I get round to it all?

So here, in case you are interested, are some totally-not-cool things that I’ve been experiencing, that suggest to me that it’s time to start making some changes:

I feel emotionally exhausted and the tiniest things have tipped me over the edge; I cry a lot, sometimes just because I’ve just realised how tired I am, and sometimes at ridiculous things like an Instagram comment.
I wake up exhausted but struggle to get to sleep at night because I’m thinking about everything I failed to catch up on during the day.
My skin is the worst its been in my life; I’ve been grappling with it for a while now, and a few times it’s improved for a couple of weeks, but in the last month it’s gotten worse than ever in terms of spots and blemishes.
Nearly every night I feel and sound like I’m getting a cold; it never fully appears but it never goes away either.
I’ve started struggling to focus on what people are saying.
I’ve stopped enjoying enjoyable things as much as I would usually.
I’ve started grinding my teeth again.
I’ve started to ‘tune out’ of social situations regularly, and I don’t feel ‘present’ a lot of the time.

Obviously, this is not a very happy or healthy way to be going through life. But not only that, it’s been less productive than ever. Here’s why it’s completely unhelpful for getting work done too:

Despite feeling desperate for a block of time to work on my blog, once I get an hour to myself to do it I really struggle to concentrate.
I’ve been making a lot of silly little mistakes; my blog posts and Instagram captions have contained typos galore, and I do a lot of pressing the wrong buttons on every device or piece of software I use in day-to-day life.
I’m being even less decisive than usual.
I’ve been struggling to articulate pretty much everything, despite the fact that I like to think that’s something I’m generally okay at.
…and okay, don’t laugh, but it’s really bloody hard to get a decent shot because I’m so spotty and have enormous eye bags.

I’m now actually laughing at myself a bit because I sound so ridiculously dramatic, but at the time it never seems quite so funny. This isn’t meant as a pity party FYI, just a bit of ‘behind the scenes’ real talk, if you will. So…where do I go from here? We’ll see. I’ve been doing a lot of those *hilarious* jokey moans like oh why do people want me to socialise haha (seriously though please just let me be), but it looks like it is time to start learning to say no. 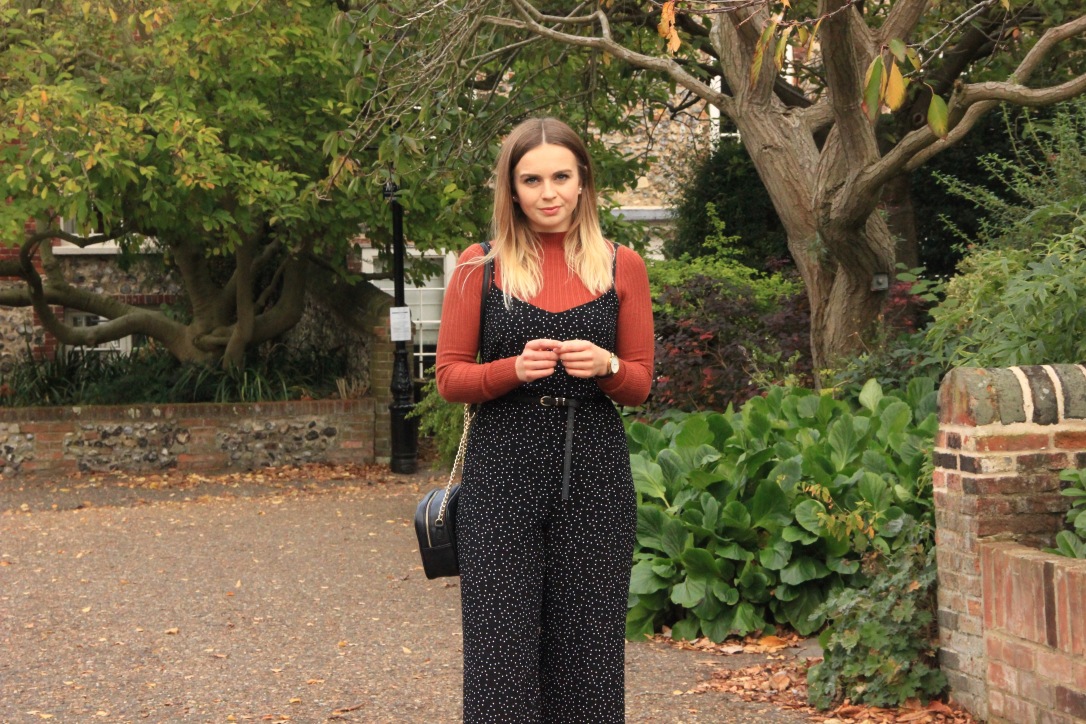 I was supposed to be in Hamburg this weekend, but following some issues with my friend’s passport we had to cancel the trip. While I was disappointed not to be exploring a new city, I saw the positive side when I realised that meant I had a free weekend, that most precious thing that I’d been dreaming of for so long…only to then agree to new plans and schedule myself in to shoot some outfits.

Which makes me think that as well as learning to say no to others, I also need to learn to say no to myself – and I suspect that could well be the most difficult part. I’m not willing to give up my workouts, I don’t want to bend on the frequency of my blog posts, I don’t want to leave work on time if there’s still stuff to be done and I don’t want to stop uploading to Instagram either, but I guess I might need to have a word with the Soph that demands I do all of those things if I also want to get in some downtime. I know self care is having a bit of a boom, and I like to jump on bandwagons, so maybe I’ll have to hop on this one too.

I’m not really sure what this blog post is supposed to be, but I guess what I’m trying to say here is…look after yourself, everyone. It turns out that the old adage is true; you can’t pour from an empty cup. Mine needs a refill, so I have no idea why I’ve been shaking it up and down, bashing on the end of it or leaving it the wrong way up, and then getting annoyed when nothing – at least nothing good – comes out. 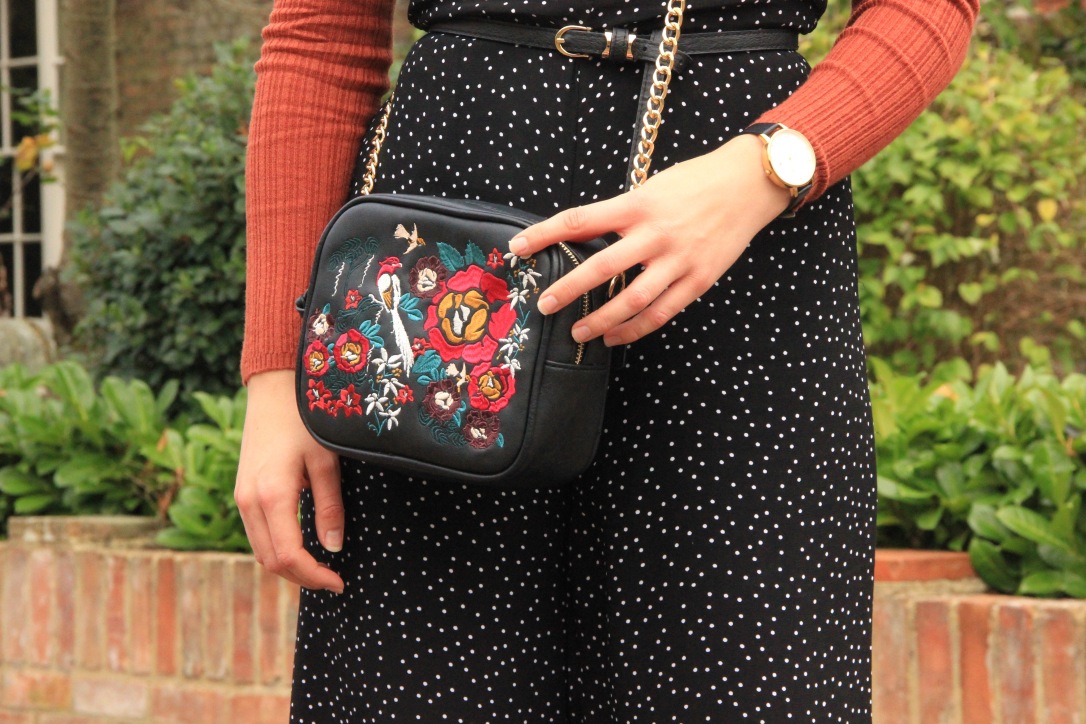