Oh hey, we’re going to talk Scandinavia again (well, I’m going to talk, probably a lot, and then I’d love it if you talked back using the comments section) because as you may know I recently took a little trip there and I like travel posts.

Arriving in Stockholm was something of a relief after being at sea for 16 hours – we came via the Viking Line’s Gabriella cruise ship, boarding at 5pm the previous day in a fairly mild Helsinki and arriving in Stockholm to beautiful summery weather that I was totally not expecting and thus was not appropriately attired for. Story of my life.

Like most travels where I am concerned, the first thing we did was walk. And walk and walk and walk, and actually we didn’t really stop walking the whole time we were in Stockholm. In fact, according to my phone we walked around 60,000 steps while we were there, so essentially this is the tale of how I made my feet hate me.

We began by walking from the terminal to our hostel, something I really like doing when I arrive places if its not too ridiculous to do so, because it’s such a good way to understand the lie of the land and notice things you wouldn’t if you got a taxi. This took a little over an hour and in the unexpected heat with massive rucksacks I can’t say it was the most comfortable of situations (#backpackerlife) but the views along the way were so pretty and I was in such a good mood about the weather that I didn’t care one bit!

Picturesque, vibrant and undeniably cool, Stockholm is a fairly compact city, despite being made up of 14 different islands; it’s very well-connected by bridges so you’re easily able to explore several of them and experience their individual characters. Here’s what we got up to during our time there. 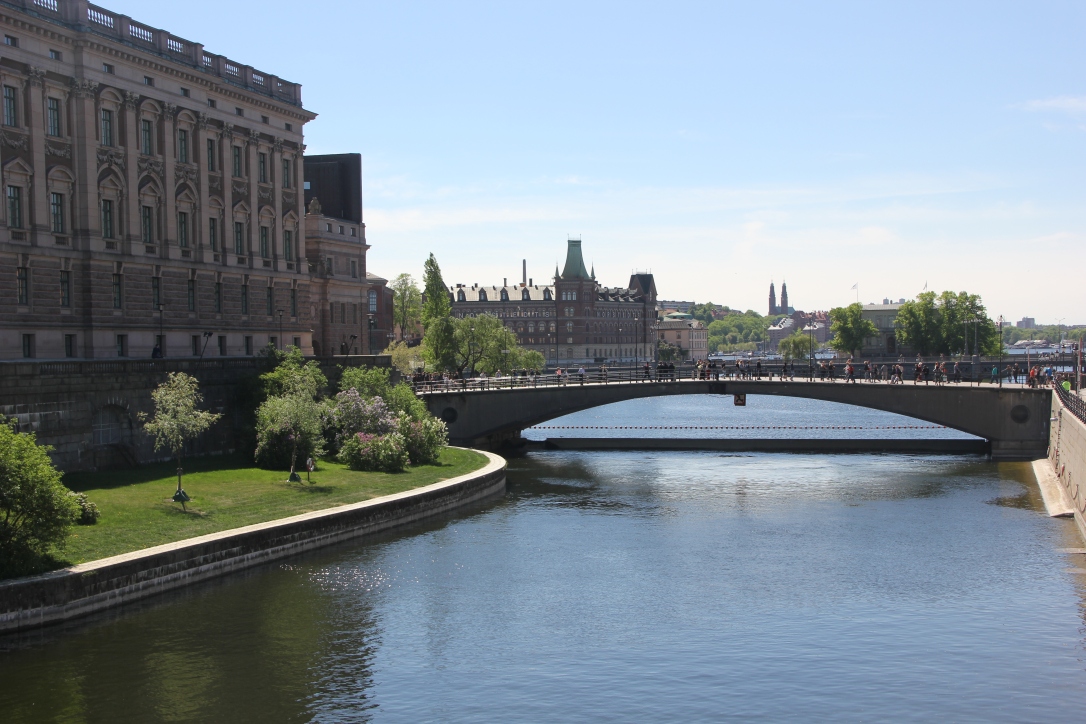 We stayed in the Dalagatan area and once we’d dumped the stuff (always a relief) headed out to eat, because we hadn’t had breakfast, it was midday, and if I don’t get fed I get angry. Maxos Falafel in Kungsholmen was close to us and in the same direction we wanted to head so it was a spur of the moment choice – but my oh my was it a good one! I know this is pretty serious, but it was the best falafel I have ever had, came with loads of other delicious stuff, and wasn’t too expensive for Sweden’s notoriously pricey capital.

After refuelling the real exploring could begin. We walked through Kungsholmen across to City Hall, which is right by the waterside and has a cute little park/garden outside. Tours of City Hall are meant to be good and you can also go up to the top to look out, but the view from outside on the ground is lovely too, and eager to see more of the city, we moved on. 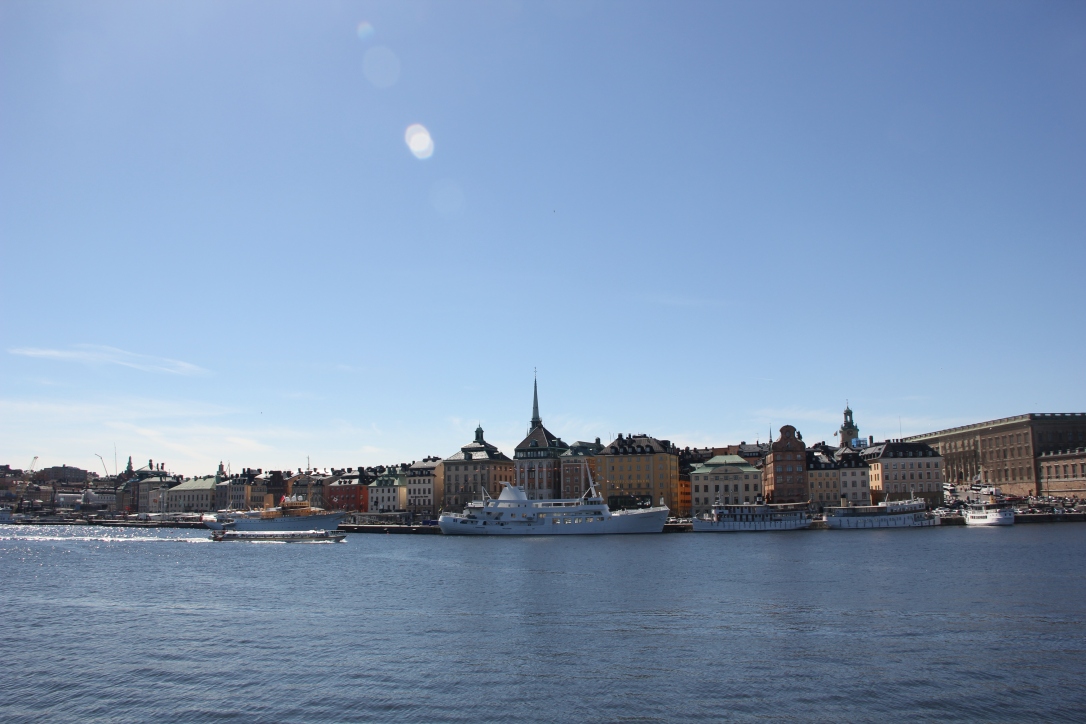 Next was Skeppsholmen, a small, peaceful, and green island practically right in the centre of the city. It was perfect for a relaxed wander by the water, and houses several museums as well as a ship turned into a youth hostel (cool, right?!). After Skeppsholmen we visited the old town, otherwise known as Gamla Stan. This pretty maze of narrow streets, charming cafés and quaint little shops is obviously high up on the list of ‘things to do’ in Stockholm – and rightly so. Exploring in the sun with an iced coffee in hand is one of my favourite memories of our time here; we made sure to pass by Stortorget, the oldest square with its picture-perfect colourful buildings, and the royal palace. We missed the changing of the guard which happens at midday but apparently this is really worth watching, so could be something to bear in mind if you are planning a trip. 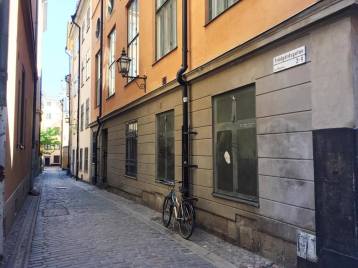 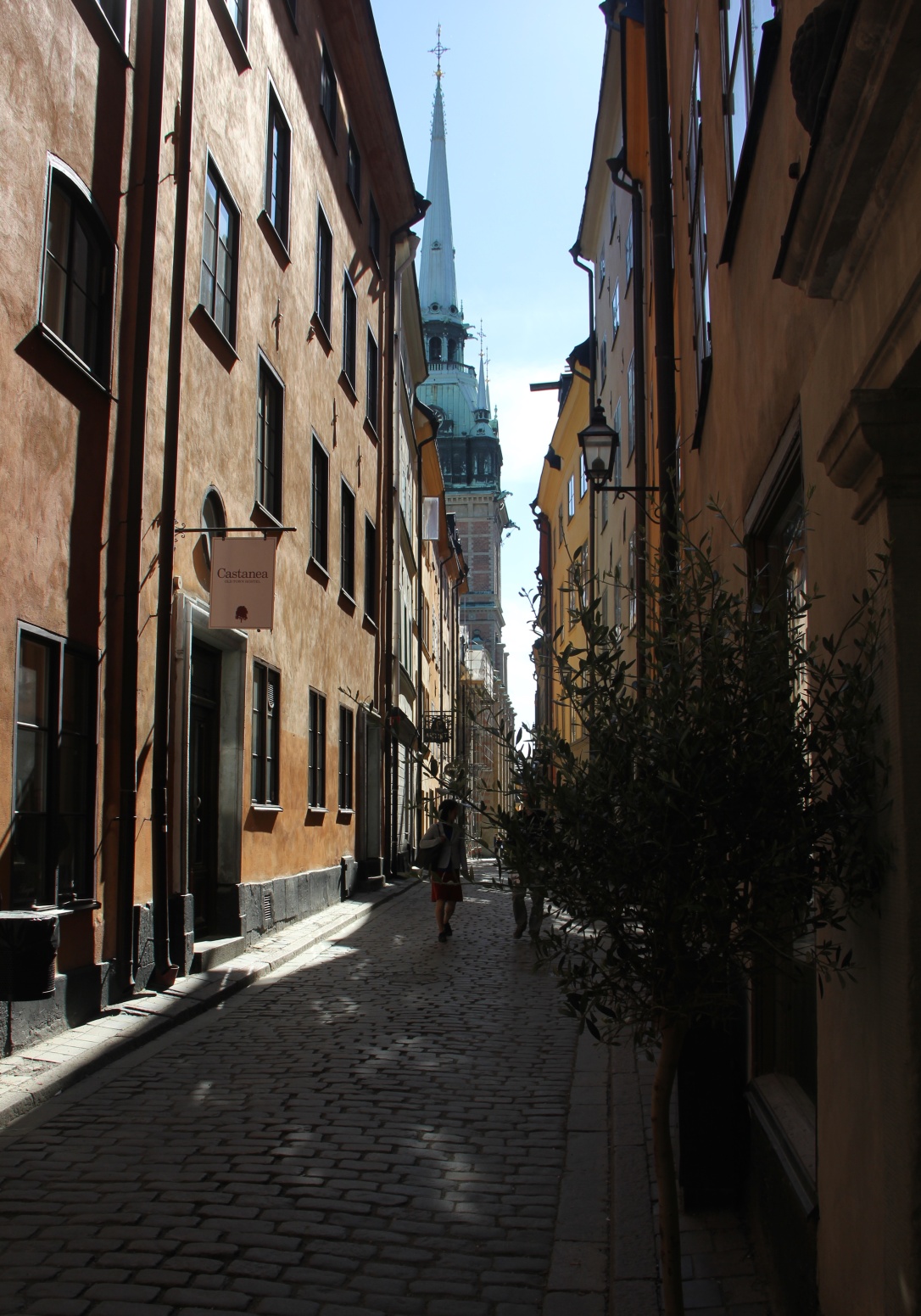 After popping back to get changed for the evening – my feet needed a different pair of shoes – we headed over to Sodermalm, which is basically the trendy island. If there’s one thing I like to seek out when I’m travelling it’s a vantage point, and Monteliusvagen viewpoint hit the spot here; it was peaceful and serene with a great view out across Gamla Stan and beyond. A couple of girls who were sitting on one of the benches had brought a takeaway pizza and some beers up there with them and I think they just had life sussed to be honest. 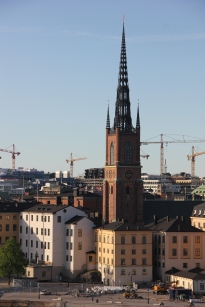 Having snapped some photos of the view we hopped on over to have dinner at Koh Phangan, a beach-themed Thai (I’m sure that was obvious though right?!). Sodermalm is full of trendy restaurants that are mostly pretty pricey, and dinner at this place did not come cheap but it certainly wasn’t the most expensive by any means. Full of Thai red curry we walked (obviously) back to base while the sun set; and so ended our first happy day in Stockholm, with my phone showing 41,083 steps and everything aching.

We awoke the next day to a far greyer city (can’t win them all) and headed straight to Sthlm Brunch Club because hi, one of the most instagram-aware places I have ever been. They call their milkshakes ‘Insta-shakes’ for gods sake. Naturally I had avo on toast because I’m an awful cliché, but also because it was one of the only (if not the only) vegan offering on the menu. The food, juices and coffee were all great, so it’s not necessarily a case of style over substance, but if you’re in Stockholm and you need that brunch snap for the gram, you have to go here.

Considering by this point it was absolutely chucking it down, it was time to choose an indoor activity. The Vasa Museum, tripadvisor’s number 1 thing to do in Stockholm, didn’t disappoint; it’s all centred around the world’s only preserved 17th century ship which sunk off the coast of Stockholm in 1628. This is really worth going to even if you’re not a history buff – and even if you don’t usually like museums. The ship is seriously impressive, and the museum involves video, scaled down models, a recreated deck that you can walk through, and even the skeletons of those who died when the Vasa sank. Sounds morbid, but it is absolutely fascinating.

It was soon time to leave the Vasa Museum and Stockholm itself; our train to Gothenburg was that afternoon and somehow we ended up cutting it a bit fine. How did we get to the train station? We walked, of course. When I plonked myself on that train seat,  snacks in hand, we were up to 60,000 steps over our day and a half in Stockholm – and I was really happy to have to sit down for a few hours.

If you’re interested in more from Scandinavia, posts on Gothenburg, Oslo, Bergen and the Norway in a Nutshell trip including the Flam railway are coming soon and my post on Helsinki is here.