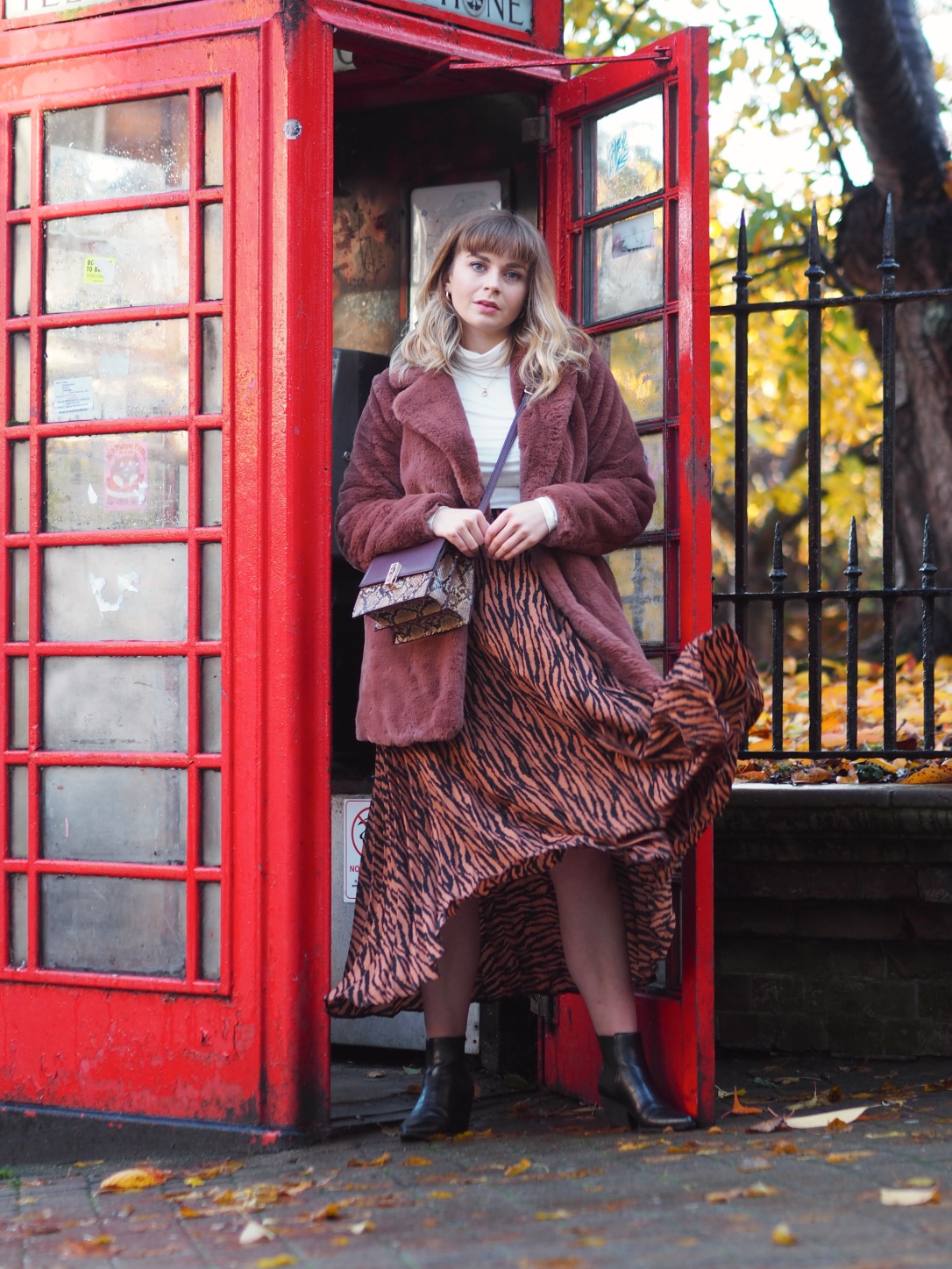 I returned from my holiday at the end of September finally excited about dressing for Autumn. I bought two things within days of returning – a suit and some boots – and then, in a move that is unheard of for me, bought nothing at all for over a month.

To confirm, I’m fully aware that this is no big deal, but the reason for it was that I wanted to alter my approach to shopping and really consider what I was adding to my wardrobe. And, I have to say, it had the desired effect. For the first time in years, I’ve been biding my time over selecting key pieces, doing a lot of browsing and a lot of mental outfit arithmetic.

And the result of said outfit arithmetic was the recognition of several gaps in my wardrobe and several ‘trends’ that I liked enough – and thought were versatile enough – to invest in.

And then, my friends, it happened; I went out, like a fully functioning adult human with no shopping addiction, and picked up several items that I’d been considering for several weeks and I could definitely say were going to be worn a lot. They’re things that make me feel like I’m ticking the sartorial boxes of the moment, but they’ve also got legs (not real legs, you understand – there’s not even a pair of trousers here) in that they’re versatile and classic in their own way.

Anyway, like a child trying to play with all the new toys on Christmas day I insisted on wearing every new thing at once and was delighted to find that it actually worked, which brings me here, to a short and sweet list of things I’m incorporating into my wardrobe right now. A disclaimer in the interests of full transparency, before we get into it; most of what I’m wearing was purchased with a New Look gift card, which was sent my way by Tesco, who have 20% off them until 18th November. Let’s get to it!

Quelle surprise, she’s talking about animal print. That’s right – I thought long and hard about what to invest in, and came out with the most obvious AW trend going. Revolutionary. Still, I’ve been a leopard and snake print fan for years and years, so even though animal print is often seen as a bit of a trend piece, I’d generally consider it a neutral, and I know I’ll get my wear out of these things. With that in mind, I settled on mock croc boots, an animal print midi and a snake print bag and I love them all.

Never in my life have I ever been so drawn to brown clothing (with the exception of one teenage winter where I owned what I seem to remember being a brown cord ra ra skirt, which I wore with brown snow boots with tassels on them and a cream top. Oh, the noughties) but this year I am all over it. Camel, rust, chocolate, beige, chestnut, if it’s brown and has a name that’s either food or somehow rooted in nature, I’m into it. Plus, much like my noughties get up, I’m loving all the brown shades together, which I didn’t anticipate. 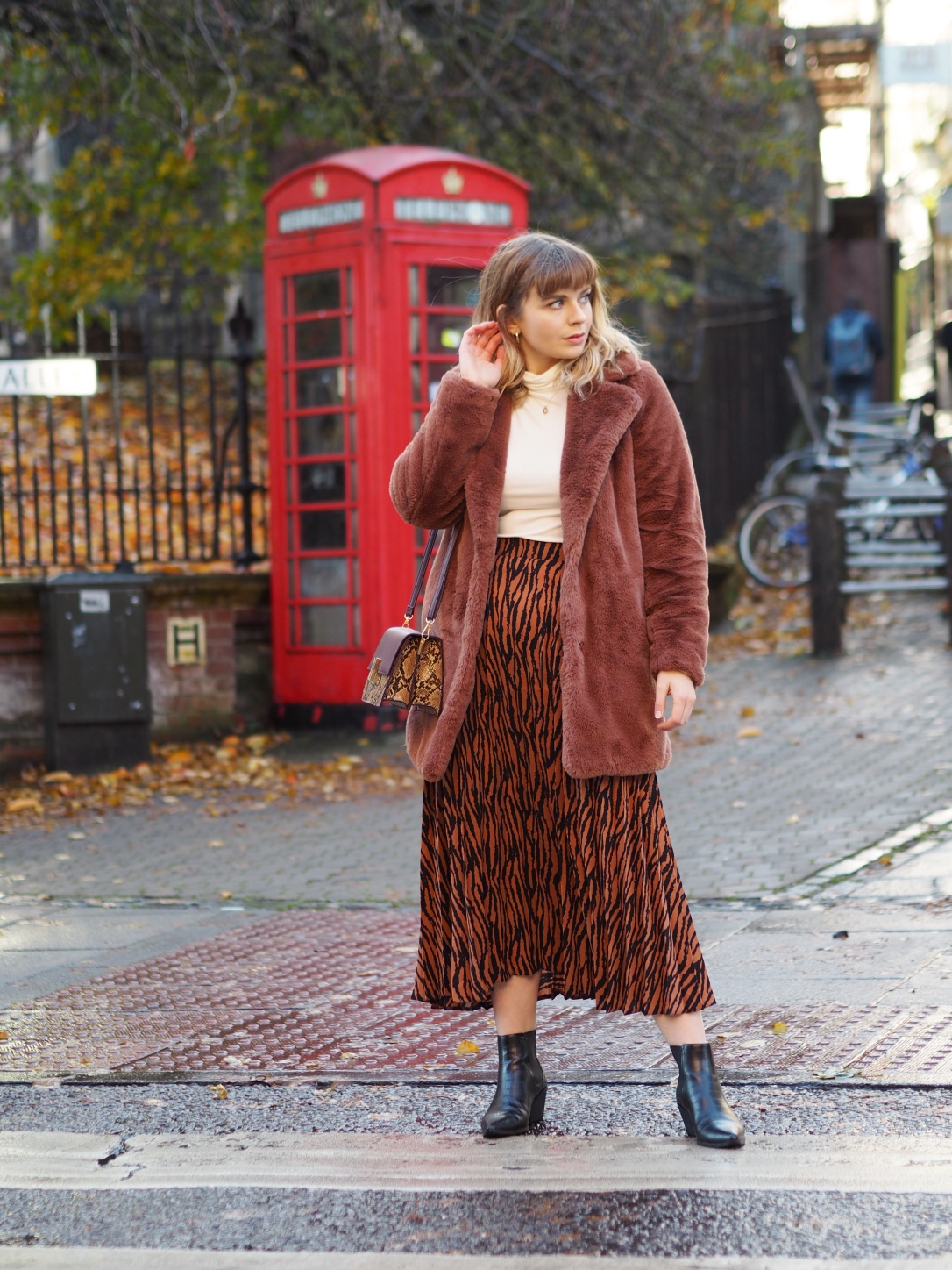 In 2010, I bought a faux fur coat. It was chocolate brown from New Look. I wore it every year for 5 years and then I inexplicably (it wasn’t inexplicable – I was saving to go travelling) sold it at a car boot sale for £3. RIP me. Anyway, I don’t recall a year where faux fur was not a winter favourite, so I welcomed one back to the fold. Much soft, much fluffy – I’ve missed you.

Why have I never bought a cream roll neck before? Riddle me that, people. Having considered a black roll neck or turtleneck to be an essential for a number of years, this is the first year I’ve really appreciated how useful other colours of this staple are. Perfect with all my jazzy trousers and midi skirts, these are also great under jumpers with slightly lower necklines when it gets really cold. 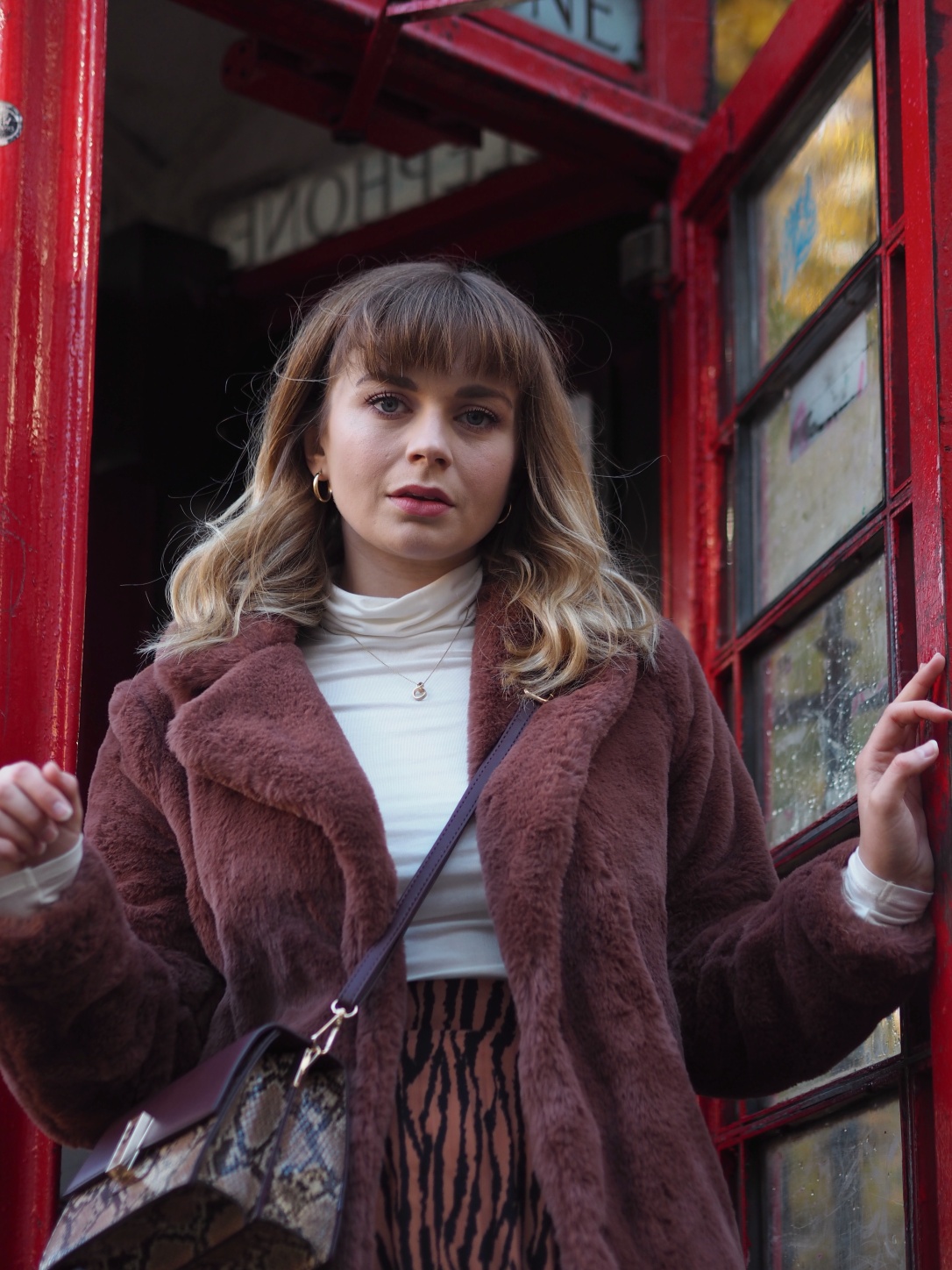 Until last year, I’d considered minis with tights to be the way to don a skirt or dress in the cold. Then I realised that – oh my – you can actually wear midis in winter, you just have to get the cut of the skirt/dress and the boots right. For me, it’s all about the longer length midis with boots that are cut close to the ankle, never wide. I’ve never really felt comfortable in the skinny jeans tucked into boots look that seems to be a prevalent winter uniform of sorts, so this makes me feel like myself while also being seasonally appropriate.

And there concludes my current style fascinations. As I said, I was lucky enough to have a gift card to pick up the things I’d been eying up; and the 20% off deal is available here. Obviously they’re good presents, but if you have your eye on some wardrobe updates, you could just buy one for yourself as a sneaky little money saver i.e buy a £50 gift card for £40. By those standards, this bag was basically free anyway.

What are your style loves this season?

*The coat, top, skirt and bag were bought with a New Look gift card, provided by Tesco as part of their 20% off promotion. The newfound love for dressing as a brown animal is all my own.