To explain that, then…even when I really want to relax, I am pretty useless at the sunny holidays where you lie by the pool or on the beach for a week or more. I have to get up and do things, not just on one day to break up the sunbathing but frequently. Rhodes allows you to do that – it’s a large island, the biggest of the Dodecanese group, and while there are plentiful beaches and gorgeous, sunbath-able weather (we went at the end of September and it was a perfect 27 degrees most days), there’s also loads to do. We stayed in Rodos, where there are plentiful sights within walking distance and lots of transport links to the rest of the island and beyond. These were some of my highlights: 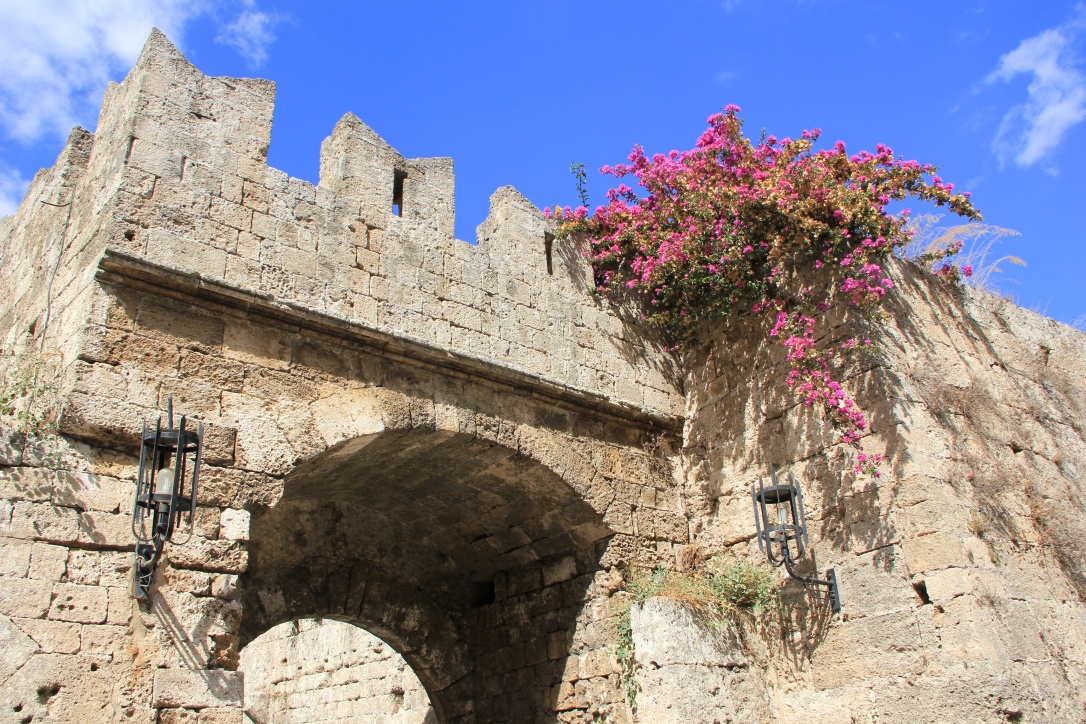 You will almost certainly visit Rhodes Old Town if you set foot on the island, so it’s not exactly like anyone needs to be advised to visit here, but there was no way I would be leaving it off my highlights, because it’s just so cool. It honestly felt like being in Game of Thrones, all high stone walls and winding lanes and a moat you can walk around in. I didn’t manage to quite decide which part of Westeros or Essos I thought it was, though, so if you’ve been there and have a suggestion I’d love to know.

Getting lost in the Old Town is highly advisable; there are lots of streets which have no name and finding your way through them is part of the fun. It’s full of restaurants and shops along the bigger streets, and we ate here most nights (if you’re interested, I talked about where in my Rhodes food post). In the busy areas it is very touristy, but make a couple of turns and you’ll be strolling along pretty, quiet alleys and lanes – they’re perfect Instagram fodder and also nice to look at with your eyes rather than your camera/phone.

Good subheading, right? Rhodes is full of history – and while I might not be a history buff, I do like to explore a few ruins now and then. One of the most important archaeological sites is the Acropolis of Lindos, which is really a must-see if you’re going to that part of the island. The footpath up is fairly steep, and it does cost €12, which is conveniently not mentioned until you get to the top, but it’s not a long walk and it is really good. It’s so well preserved and a really striking sight when you’re up there, with views over the town, beach and water behind the pillars. In Rhodes town itself there’s an Archaeological Park which we checked out early in the holiday – the acropolis there is covered in scaffolding at the moment so it’s pretty difficult to see, but the stadium was what we thought was the coolest bit. It’s massive, and when you start walking around it you can imagine it being used. The views from this area (Monte Smith hill) are also fantastic. 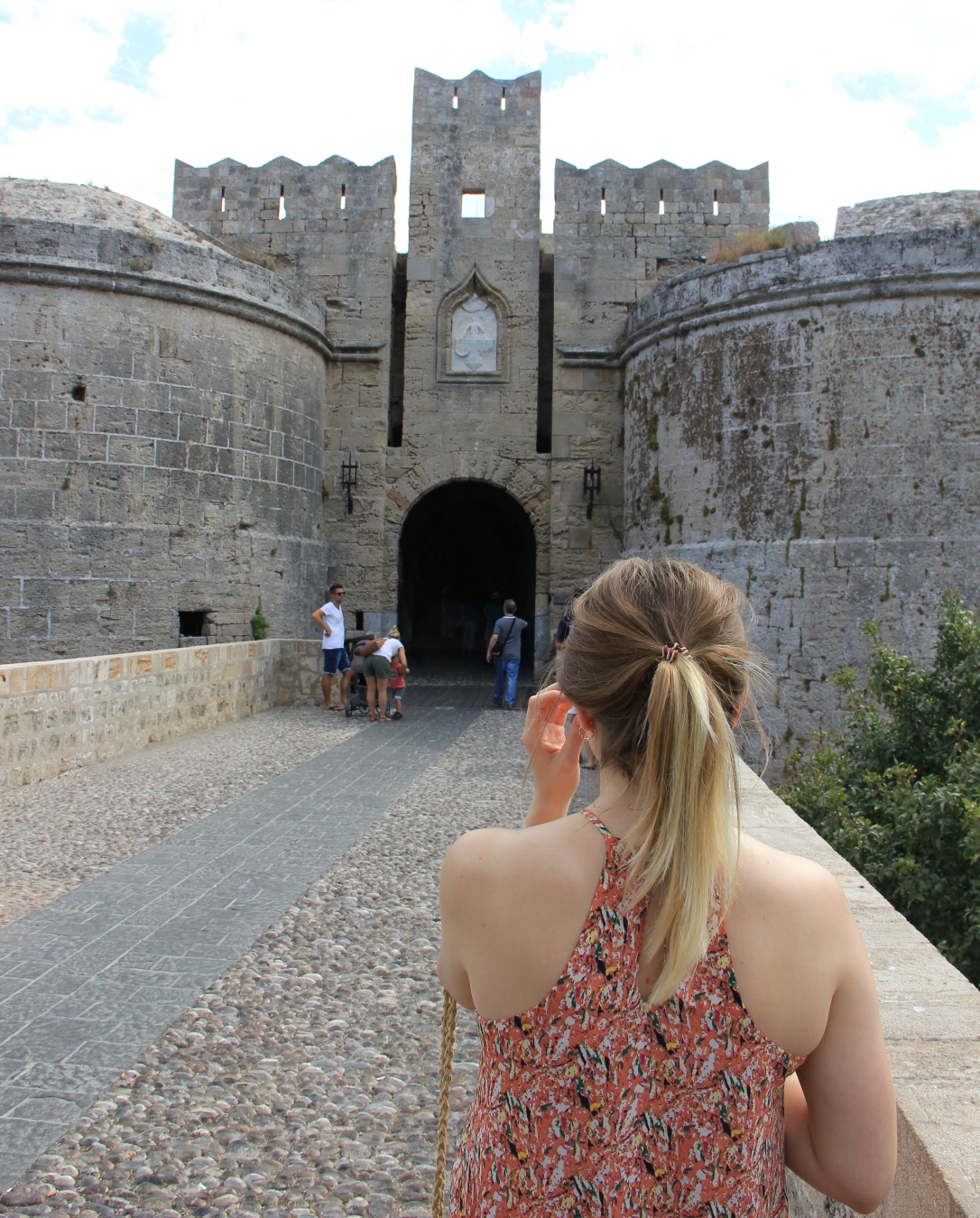 It’s official, I will never write a blog post about travel that doesn’t include a mention of ‘walking around’. Exploring on foot is just what I like doing, but as it was a holiday I didn’t go charging around at quite my usual speed. We went for many a stroll, and it was actually as relaxing as not doing anything (except the day it was really windy and my skirt kept blowing up. I couldn’t unpin my arms from my sides for even a second and I flashed around one third of the people in Rhodes town I think).  Some lovely places to wander in Rodos are: Mandraki harbour, the new and old towns, and along the coast. It was very chilled and it was very lovely.

Everyday city tour with the train

You’re probably reading that and wondering why I have phrased it so weirdly. Let me explain: I have a huge fondness for things abroad that are have been translated into not-quite-right English and ‘Everyday city tour with the train’ is what it said (in word art, no less) on the posters for the Rhodes Tourist train. This was enough to sway me into doing it, plus it’s SO touristy we thought it’d be a laugh. It’s €7, only takes 45 minutes and you go all around Rodos. If you’ve explored Rodos already – we took the train on the last day so obviously we had – it’s probably nothing you haven’t seen already, but it’s definitely a novelty and pretty fun. If you were really pressed for time in Rhodes Town, this would be a good way to see some lovely views and get a sense of where everything is.

There are a huge number of day trip options from Rodos, either by boat or by bus. We had a day in Lindos which was a goodun, and a trip to the valley of the butterflies, a quiet, green and calm area of forest with great views from a monastery at the top of a hill (plus it’s full of butterflies, as the name suggests). My favourite day trip was one we did to Symi, which is a Greek island super close to Turkey, around a 90 minute boat ride from Rhodes. We stopped at Panormitis, a monastery on the island, had an hour exploring that, then hopped back on the boat for the journey around the coast to Symi town. I was very enamoured with this place; it’s so colourful, with pretty houses climbing the sides of hills and a lot of steps that go up through the town to some pretty cool vantage points. The harbour is also beautiful!

Weirdly enough, and while I wouldn’t have liked to do too much more of it than we did, one of my highlights of our holiday was the last afternoon that we spent reading by the pool. I was stuck into a great book, and I loved that as well as all the other stuff going on in Rhodes town you could still get a hotel with a pool in the middle of it all to do some classic holiday lounging with a strawberry calippo.

And there concludes my highlights from Rhodes. Not that you’ve asked, but if someone asked me to say what I liked least about it, I would say the airport. It’s the worst I’ve ever been through actually, they seriously need to get their shit together. Thankfully the holiday was worth it – Rhodes is a beautiful island and there’s something to suit most styles of traveler, whether you’re after 2 weeks of cocktails by the pool, a week of eating aubergine salad and looking at ruins, or a more outdoorsy holiday. This is the last of my Rhodes posts, but as I said in this post, I’m currently booking some trips for the end of the year, so I hope to be able to write some more travel content soon!

Have you been to Rhodes – what were your highlights? And which Greek islands would you recommend? 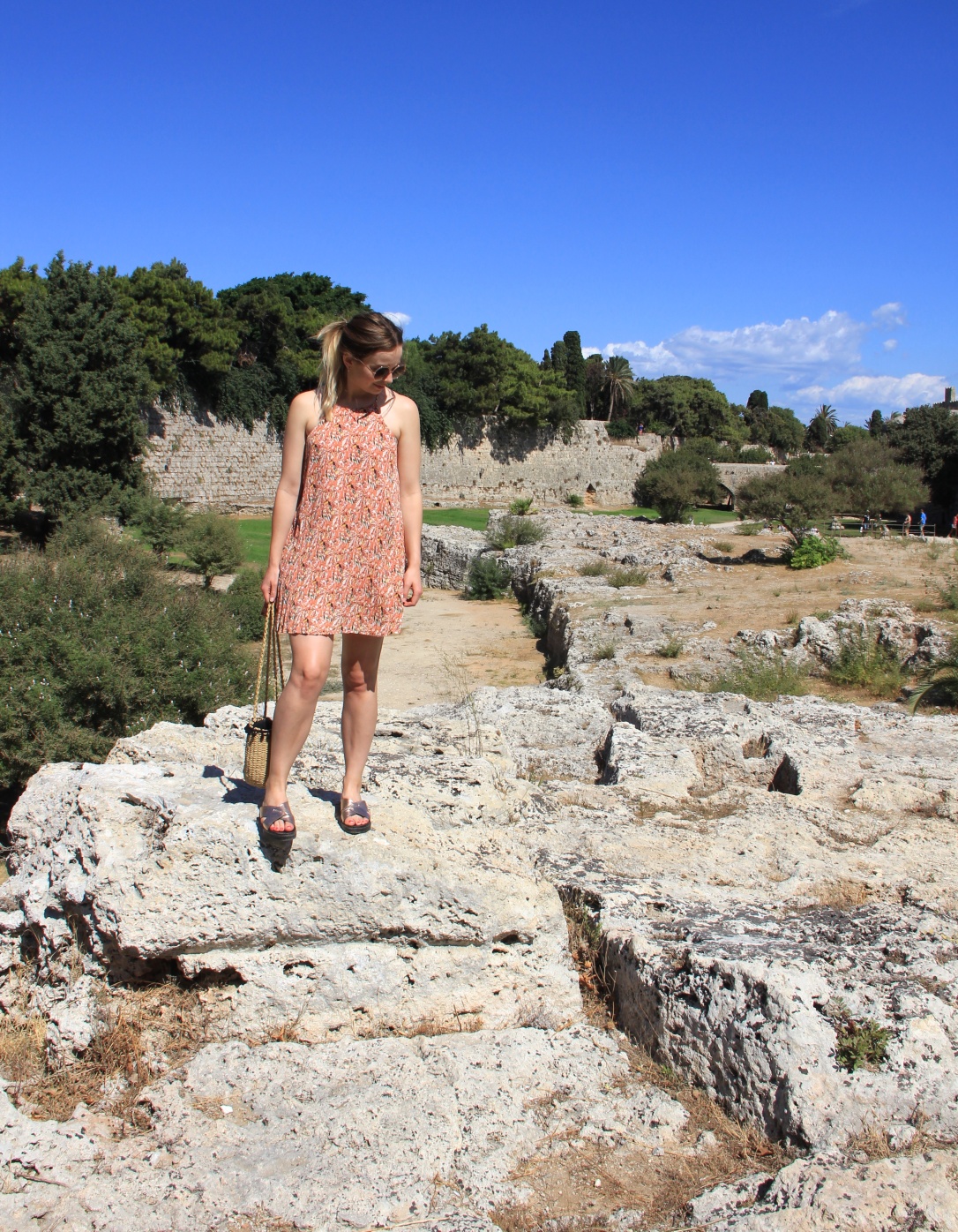 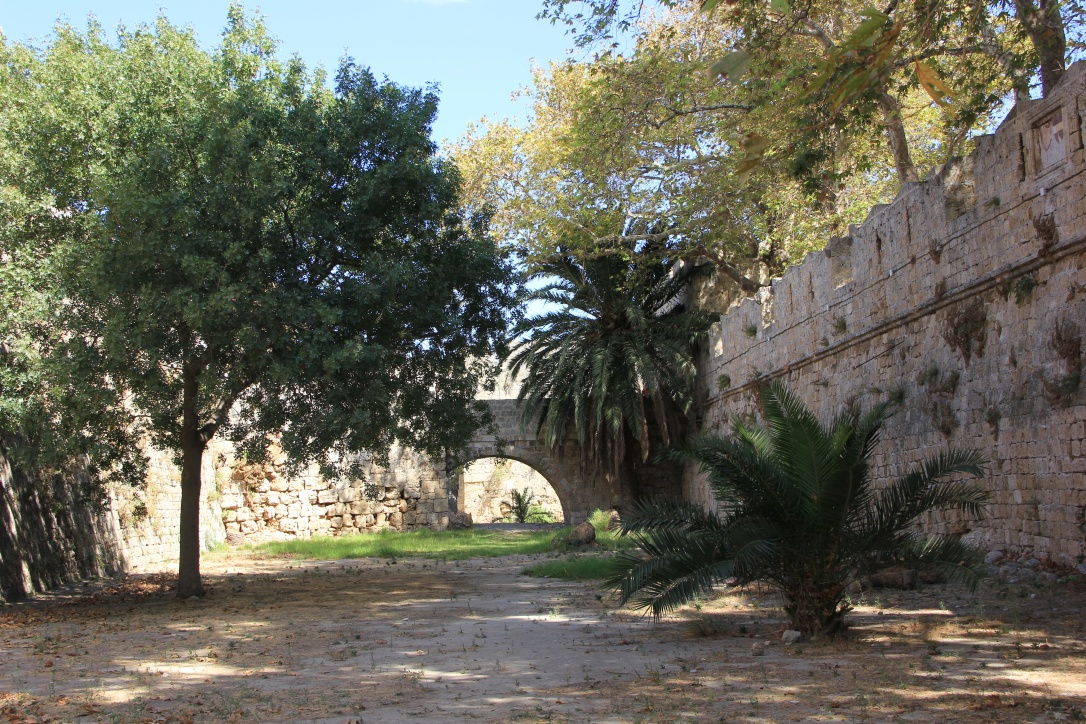 12 thoughts on “A week in Rhodes: holiday highlights”