Before April this year, I hadn’t ever commented on a blog post. Well, that might be a lie, I think I tried to comment on Hannah Gale’s blog one time a few years ago, but I’m still not sure if my comment ever actually posted (I didn’t really know what I was doing, lol techno-idiot), and even if it did, in all the years I’ve been reading blogs – a LOT – that’s still shockingly little activity.

Neither had I commented on or responded to people’s Instagram photos, facebook posts, or tweets. I might have liked the odd one, but that was very rare, so I would essentially just look at the content and stay silent. I was a lurker.

Having now entered the blogging arena (makes it sound a bit like the Hunger Games – hopefully it’s not) myself, I’ve come to appreciate just how much it means for someone to read and comment on something you have put time and effort into, particularly given the balls it takes to put yourself out there online.

I’ve literally only been doing this for a matter of weeks, and that might be part of it – because I’m so amazed that anyone has commented on my tiny fledgling blog at all – but when someone leaves a comment on Sophar So Good, it makes me feel all warm and fuzzy inside (cringe). And I feel really grateful that someone has taken precious minutes out of their day to read something I’ve written and then tell me what they thought. Isn’t that just so damn nice?!

As a result of this, since starting to blog myself I have been making an effort to actively engage with the content of blogs I’ve been reading for months, or in many instances years. Because I want to get involved in the blogging community and connect with people, but also because I genuinely do enjoy what they put out there on their blogs and social feeds, and I want to make sure that they know that I am an engaged member of their audience (or that I think they’re an absolute goddess and I’m a fangirl #nochill). With blogging becoming more of a saturated market than ever before and more and more creative, resourceful gals and guys beginning to hustle their way to making actual money from it, it’s really hit home that it’s important to show support to people who I want to continue making content for me to consume with a follow, like, or comment.

If you’ve ever been one for lurker-like tendencies too (totally understand), I really would recommend getting involved – you might play a part in pushing someone closer to being considered for an amazing campaign for a brand, for example, but most importantly you might just make someone’s day. It’s actually been one of my favourite things about my blogging journey so far – getting to interact with people who I think produce great work, and being able to tell them that! 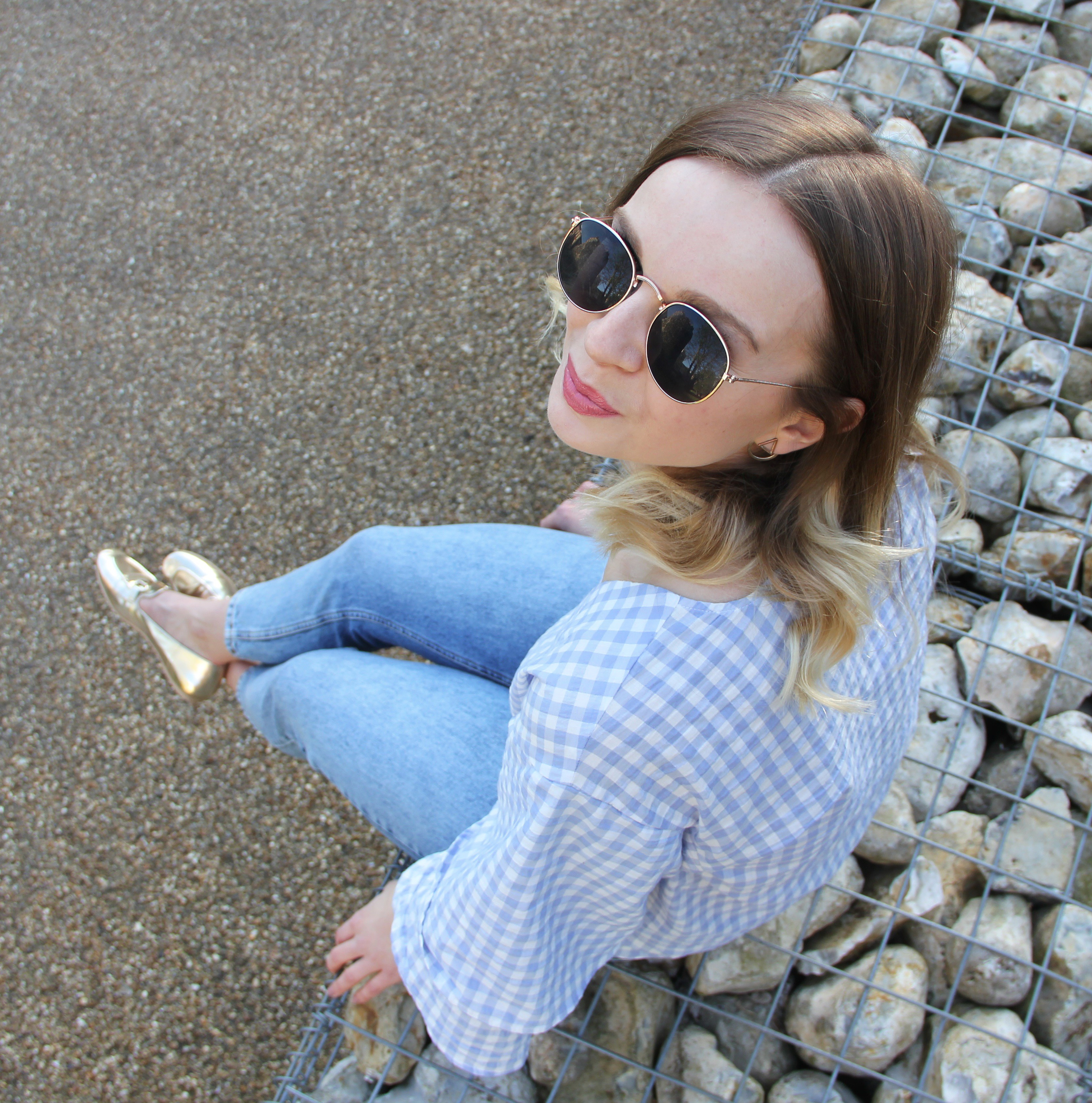 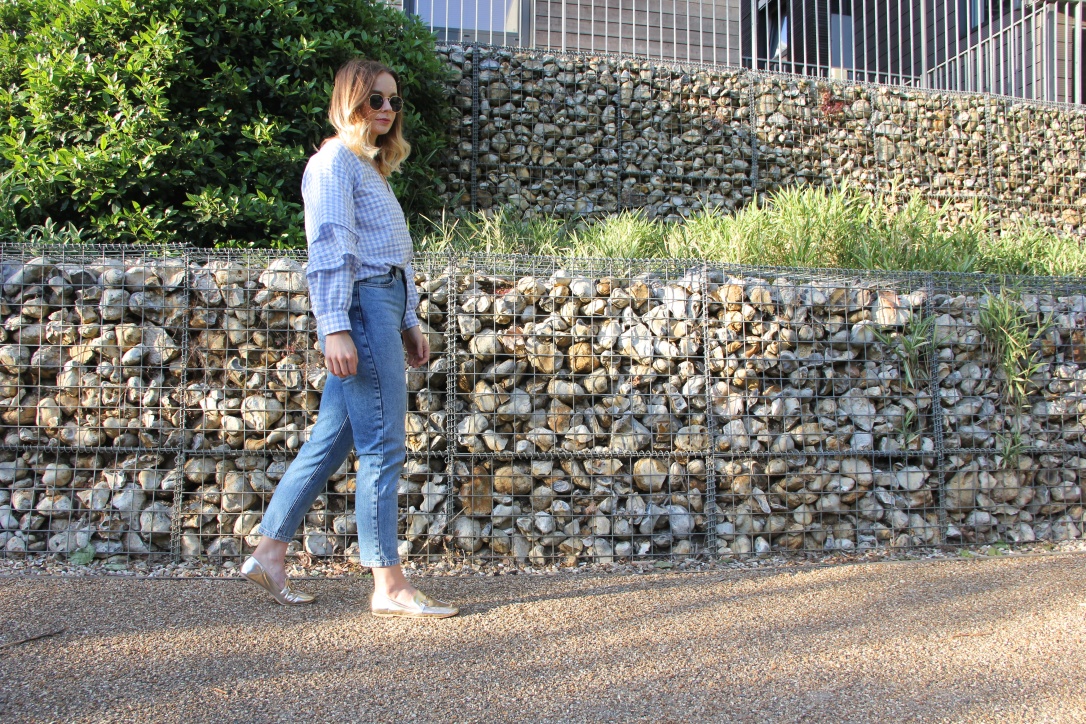 So I would like to take this opportunity to issue an apology, to those bloggers whose work I have long read, enjoyed and admired. If you’re a blogger reading this and I’ve been commenting on your blog posts or Insta photos recently, it’s likely that you are one of them – I should have engaged with your content and made my appreciation of it known way earlier than I have done, not just because in some cases it’s your audience and engagement that pays the bills but also because telling someone that you think they’re doing a great job is just a darn good thing to do. It’s nice to be nice. 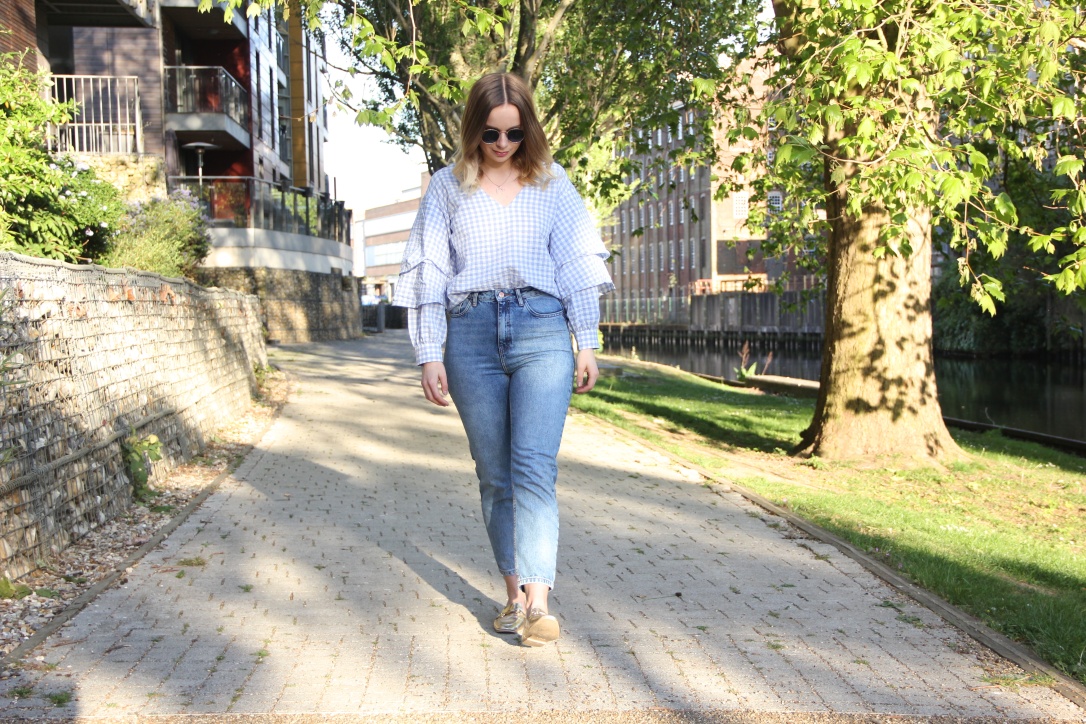 Ahhh, gingham. Takes you back to first school, doesn’t it? I’m pretty much in love with this Topshop number right now; I love the gingham, I love the shade of blue and I extra love the gloriously voluminous layered sleeves. Paired with blue mom jeans and a pair of gold loafers which I picked up for a mere £3, it’s the perfect mix of pretty and cool, in my humble opinion, which isn’t worth much but I’m telling you anyway.  One of my favourite recent weekend looks, but I’m totally going to try to make the gingham work for the office too (degree of success TBC). 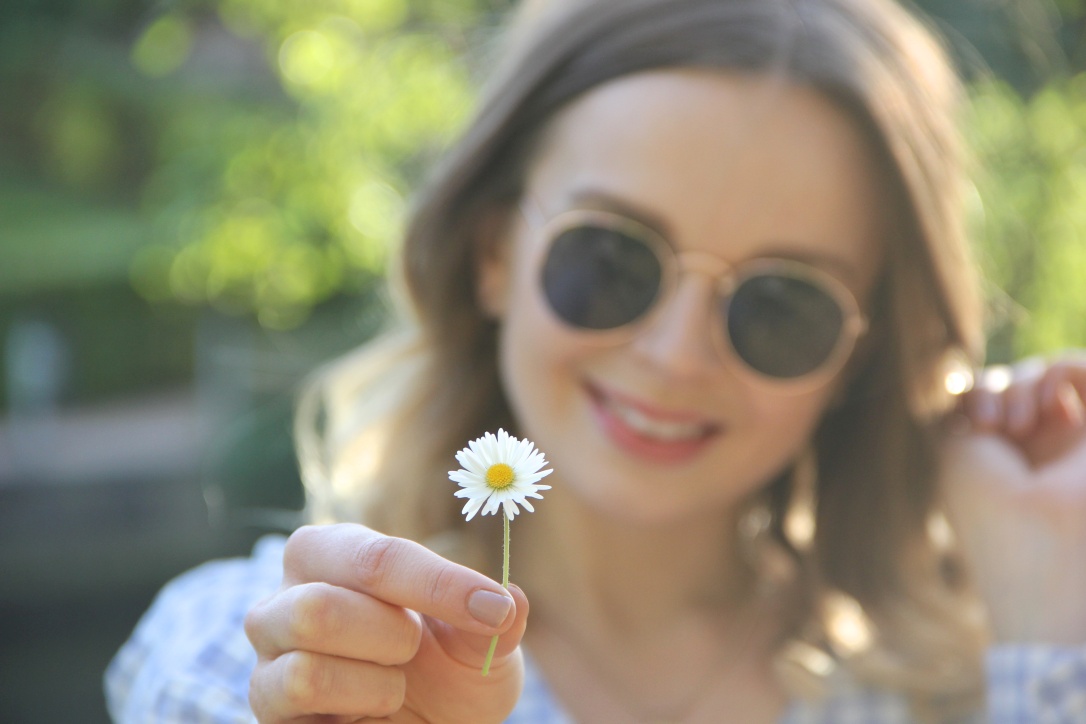 I’m a sociable girl, so I’d love it if you hit me up on Instagram | Twitter | Bloglovin