Today I’m stepping out of my comfort zone, because while it’s great and lovely and comforting to do the things you know, there’s a lot to be said for having a bash at something new.

When I was young and stupid (and I don’t mean that if you are young then you are automatically stupid, just that I was) I routinely avoided things that felt stressful and risky, even if I wanted to do them very badly. In the last couple of years though, I’ve been making more of a point to try new things if I want to do them, no matter how nerve-wracking they are.

I don’t mean to say that I’ve done anything spectacular because that’s really not the case – although if there’s something spectacular you want to do then go for it, I say – I just mean tackling things my more nervous previous self wouldn’t. For me those things have been as small as going to a new gym class by myself and as large as quitting my job to go travelling solo. Each one has made me feel more resilient, more confident, and weirdly enough, more myself. There’s also heaps of research to back this up. I’ve read several articles recently discussing how breaking your own mold can stimulate creativity, make you stronger, and push you to excel personally and professionally – so feeling a bit nervous is a small price to pay really!

If straying out of your usual routine makes you really uncomfortable, it’s probably best to start small. It’s a trivial example and I’m sure for some people an incredibly tenuous link, but I think if you’re that way inclined (i.e you’re interested in fashion) you can even apply the idea to personal style by trying something a little different from what you would usually wear. I’d been eyeing up this glorious little cap since I first saw it in New Look. I tried it on repeatedly, sent the link to friends and colleagues, took lunchtime detours into the store just to check if it was still there. And I still didn’t buy the bloody thing until about 6 months later, because it wasn’t really something that was my usual style, and didn’t fit into my sartorial comfort zone.

I took the hat for its first outing a couple of weekends ago, teaming it with Zara frill hem trousers (my loves), a biker jacket and what my dad would call ‘fashion trainers’ for a little walk along the river. Did I think people might be looking at me like I was mad because hello this is Norwich and we don’t wear pom pom caps here? Well…yes. This is Norwich and we don’t wear pom pom caps here. Were they actually? Probably not – I think really, people have far better things to worry about than what accessory someone else may or may not have on their heads. And even if they were, does it matter? Absolutely not! I love this hat and I’ve decided that from now on I’ll prance about in it as much as I please – plus for in-between-hairwash days, it looks like I’m making a fashion statement when I’m actually just hiding my greasy roots. What could be more ideal?! 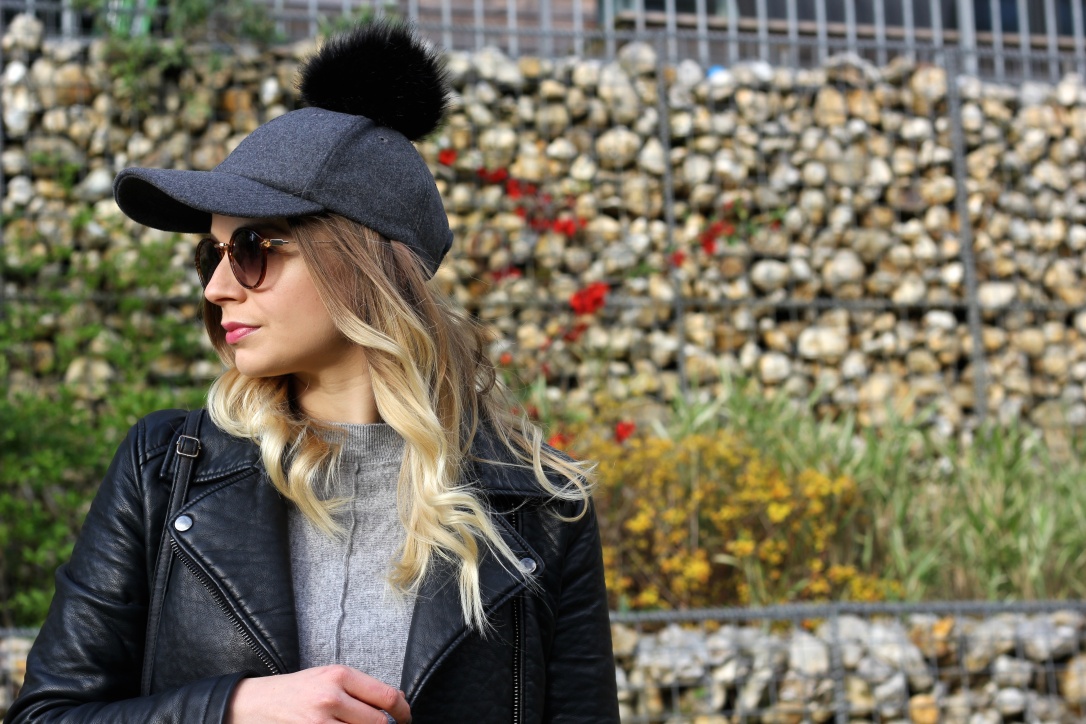 I can only end this by addressing the reason behind this post and why the idea of stepping out of ones comfort zone is so firmly at the forefront of my mind at the moment – this blog itself. I’ve been an avid reader of blogs for years now, I’ve always loved writing, I’ve developed a real love of taking photos recently and for a long time this has been something I was curious about trying. It’s taken me years to take the plunge, because putting myself out there on the internet was so far from my comfort zone – it was scary, it was unfamiliar, and it felt like it came with risk attached. Already though, I’ve had so much fun putting it together, have learnt loads – and what do you know, you’re already at the end of my very first post.

Time to embrace new challenges. So far so good, you could say! 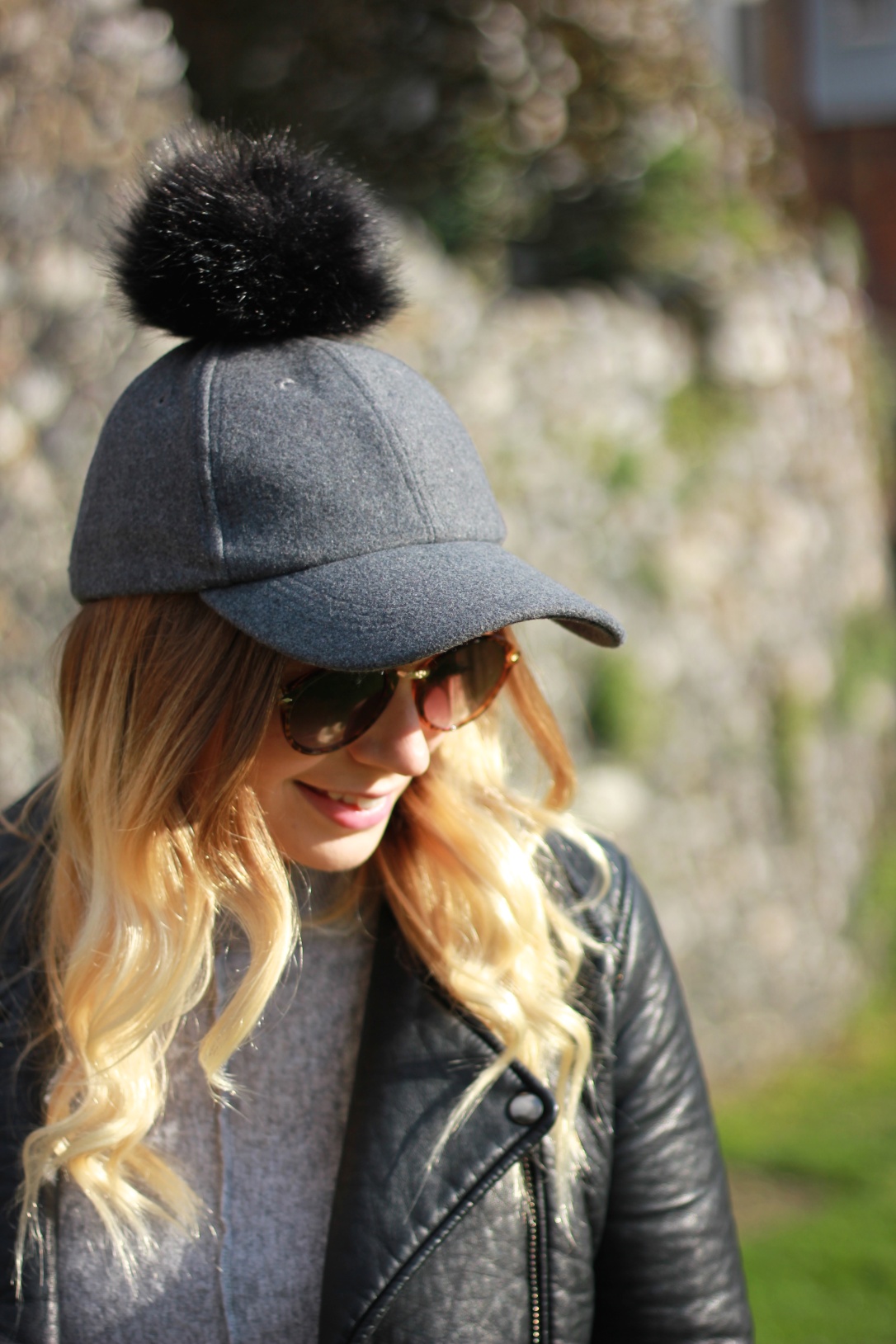 5 thoughts on “The first one: stepping out of my comfort zone”