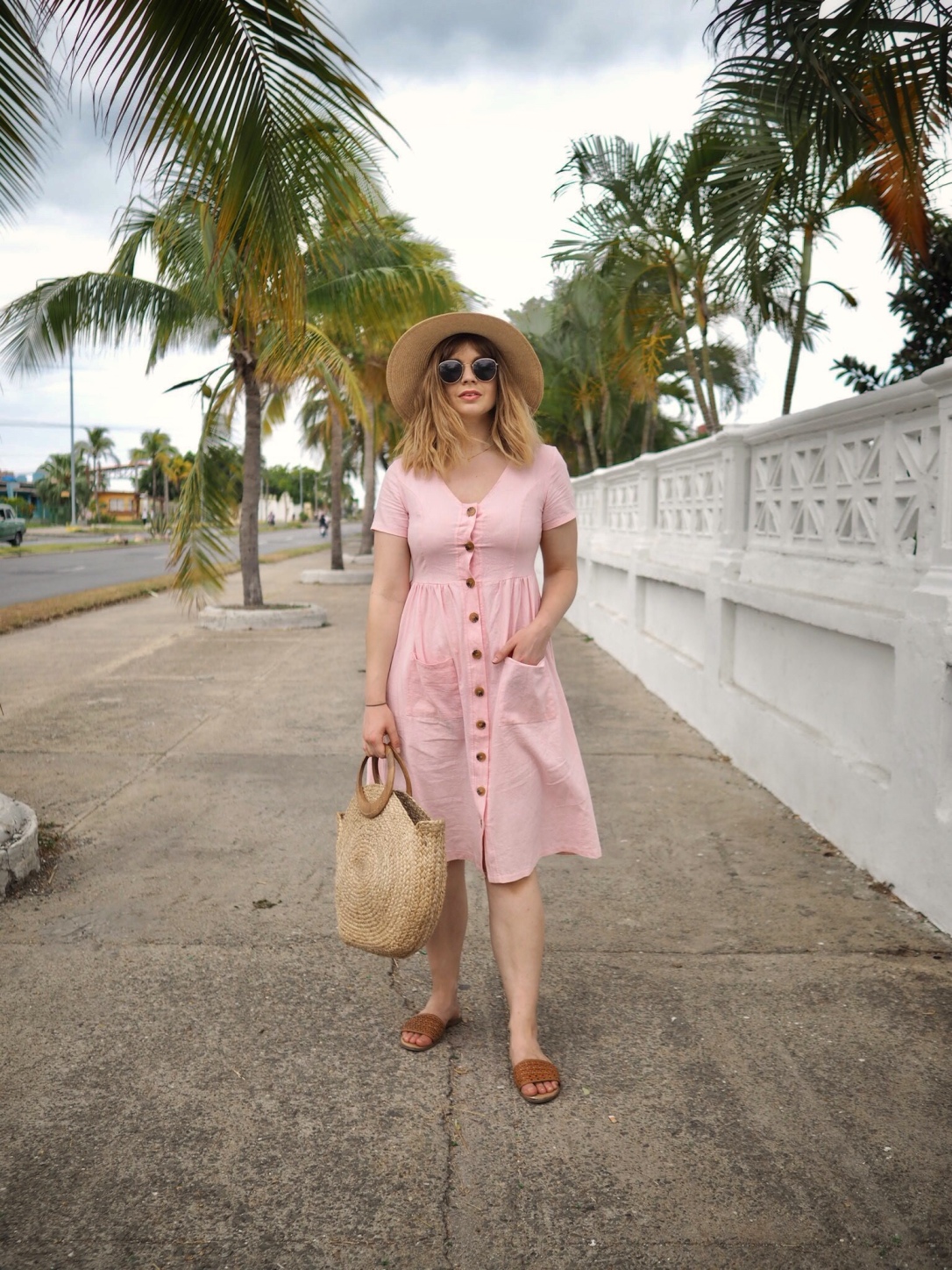 Our third stop in Cuba was a quick two nights in Cienfuegos, originally a gallic settlement on the Caribbean coast and often referred to as the Perla de la Sur (Pearl of the South). There is a touch of French elegance to it – the architecture, the boulevard, as well as plenty of art and a certain charm that it’s difficult to put your finger on. It feels different to Havana (and is infinitely less crowded) with a grace and personality all of its own.

When planning our Cuba trip, we were really undecided on how long to stay in Cienfuegos – or whether to stay at all. I read on several forums that there was nothing to do, but I also read that it was some people’s favourite destination in Cuba.

Ultimately, I can how someone could come to either point of view; it’s not packed with attractions and sights, but it does very much have its own special something, and we felt that though we could have stayed an additional night to give us the chance to do a trip we had to miss, we were happy with two.

Here’s where we stayed, what we did and several other nuggets of information from our time in Cienfuegos, the very charming Cuban city with a much better Malecon than Havana. 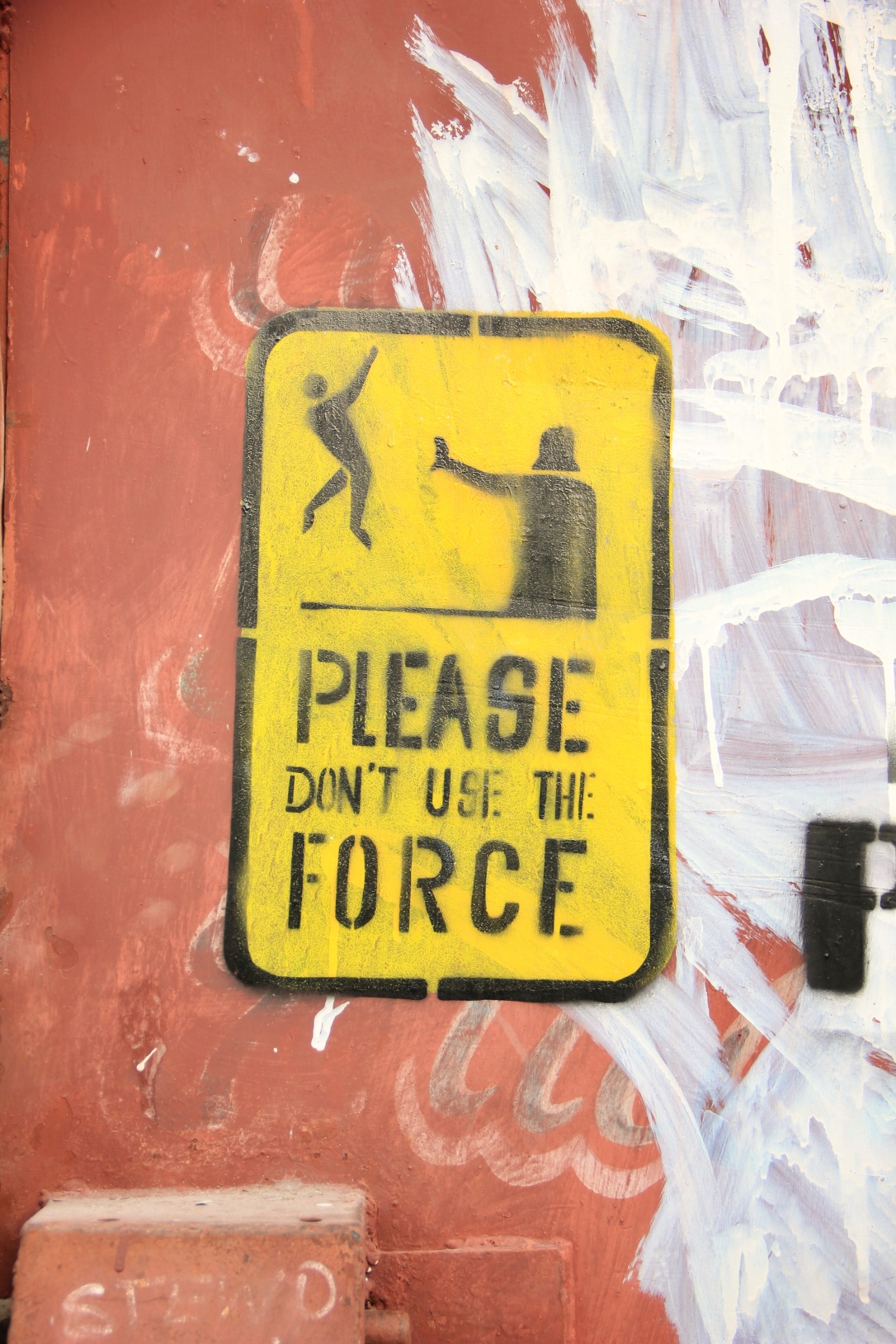 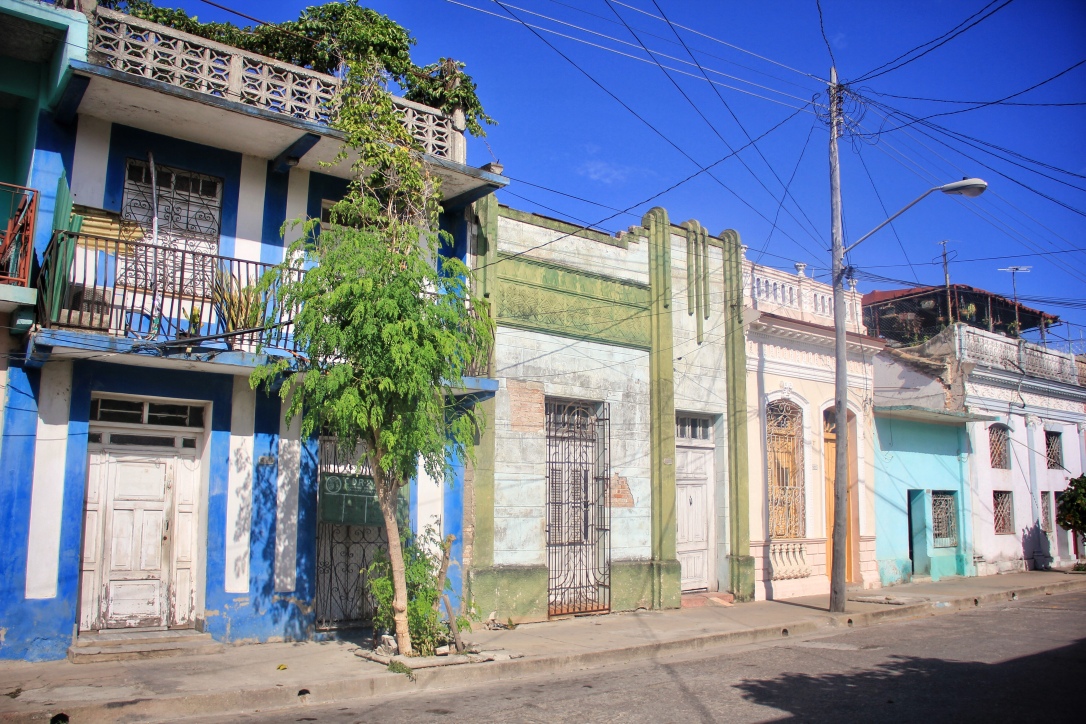 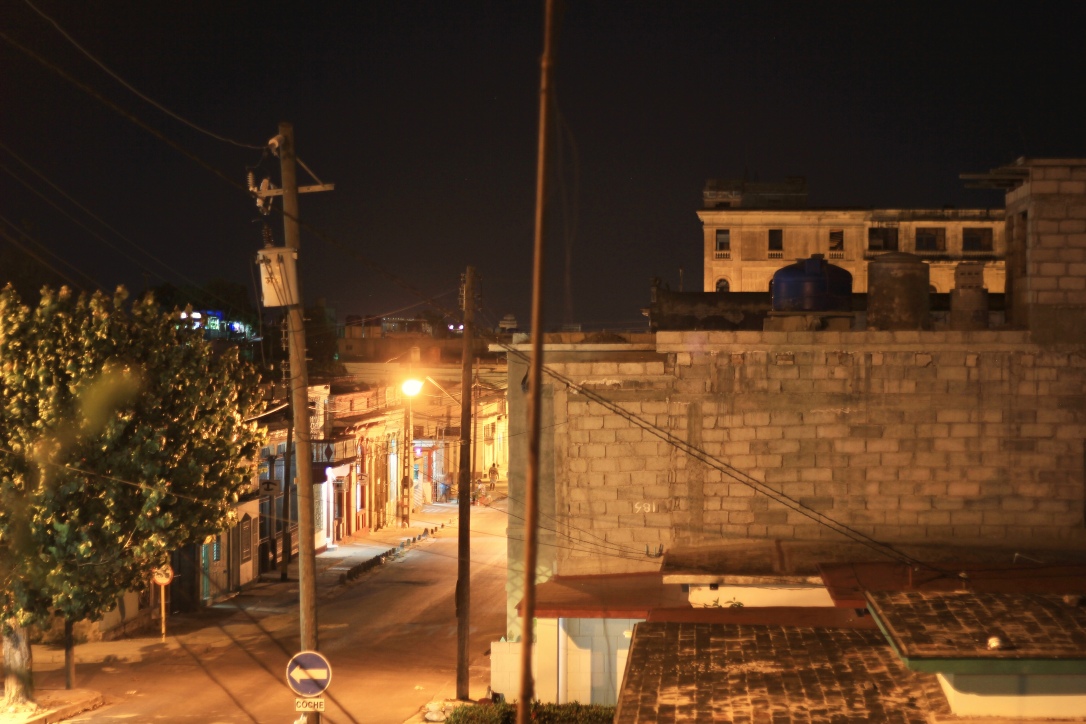 Of all of the places we stayed in Cuba, our Casa in Cienfuegos is where we learnt the most about Cuban politics, society and culture. This was mostly by virtue of our host’s great English, and his generosity in being completely open and honest about his life, his feelings about the government and everything in between. Listening to him speak – alongside an endless supply of rum and cigars – became a memory that framed lots of the experiences we had either had or went on to have on the trip, and I can’t recommend enough staying with locals in Casas Particulares if you visit Cuba.

In terms of the Casa itself, we were lucky enough to have a roof terrace, great air conditioning, and a spacious enough room to properly sort out our (by this point) very jumbled rucksacks, even if a cockroach did find it’s way into one of them in the process. At the back of the house was an amazing tropical garden in which the fruit that we ate both mornings we were there was grown.

We arrived and left Cienfuegos via Viazul, so opted to stay close to the station so that we could maximise two nights without wasting too long traipsing around looking for our accommodation. The city isn’t huge, so this didn’t turn out to be a problem at all – we walked everywhere and enjoyed doing so. 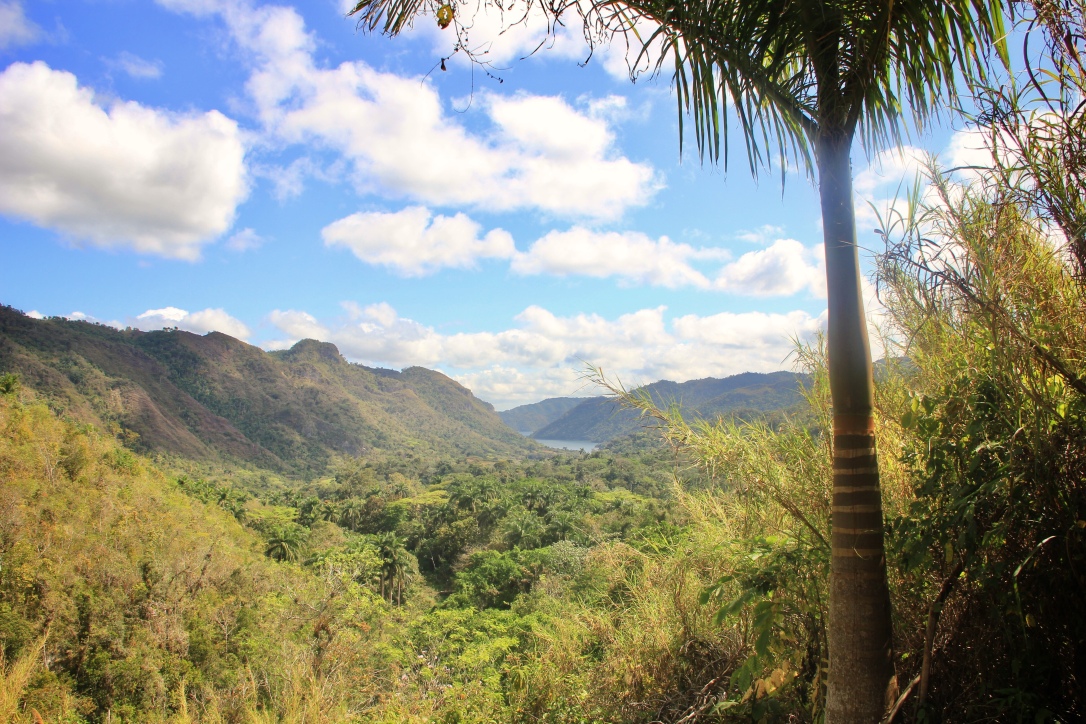 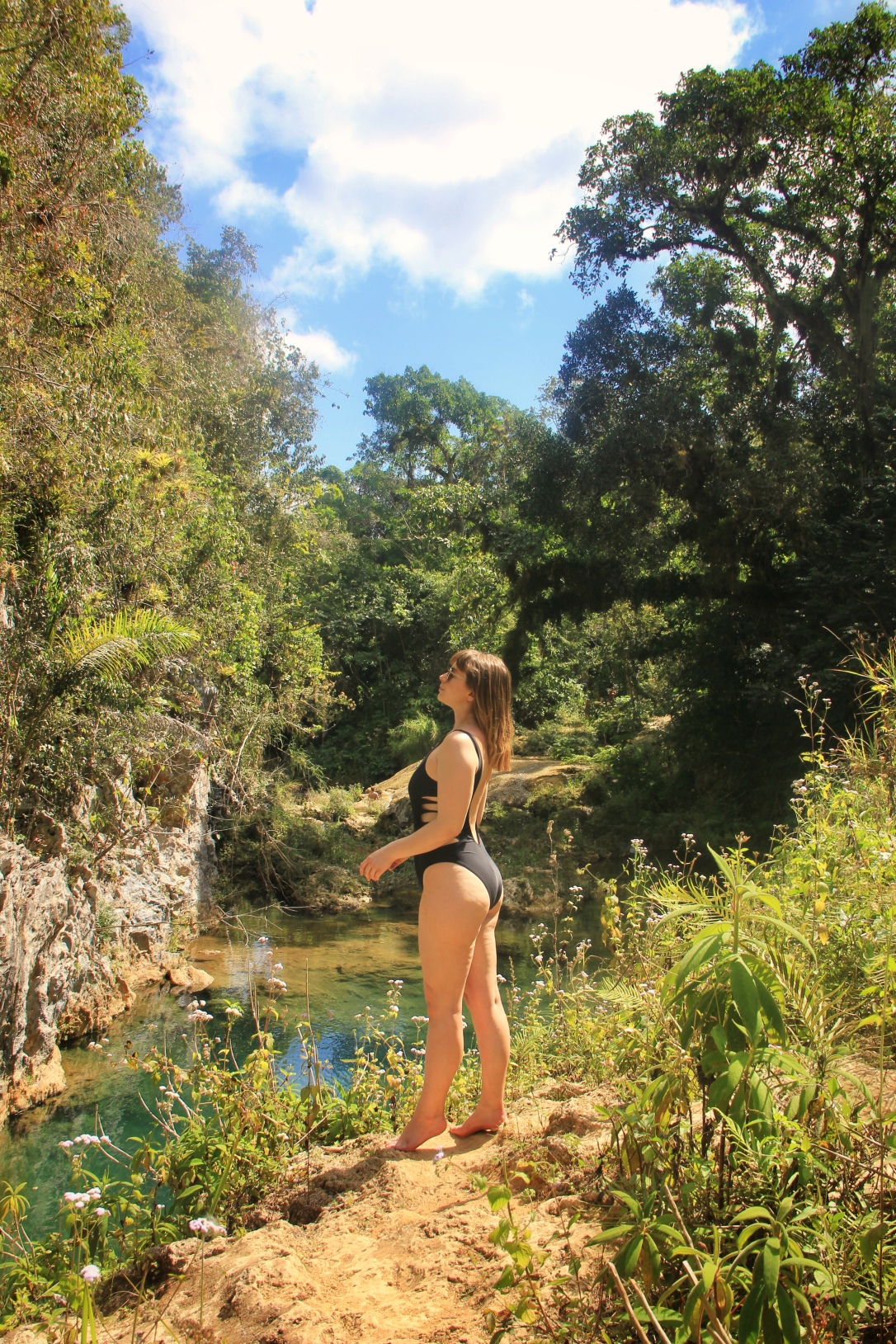 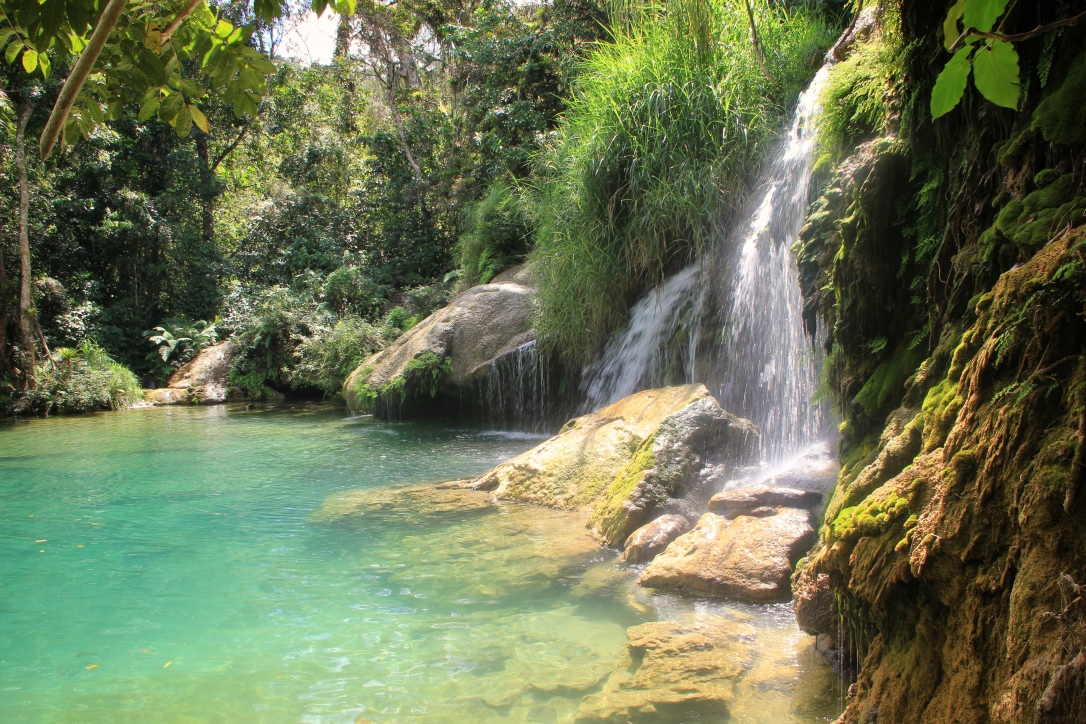 With significantly less time here than any of our other Cuban destinations, we were feeling a little worried about not experiencing the place properly, but we needn’t have; there was really only one thing we had been considering doing that we missed, and our experience with our host gave us the most real experience of the city we could have hoped for.

El Nicho: With our one full day in Cienfuegos we actually left the city in favour of seeing some of the landscape in the region, and for that we chose to visit El Nicho, part of a forested park which boasts a waterfall, natural pools, caves, lovely walks and plenty of gorgeous views. The entrance itself is just 10CUC, and while transport from Cienfuegos can be expensive, it’s worth going to. I found the waterfall itself a bit underwhelming (lamest brag ever coming up; I’ve seen a lot of waterfalls) but it’s undoubtedly gorgeous and the place as a whole is beautiful. 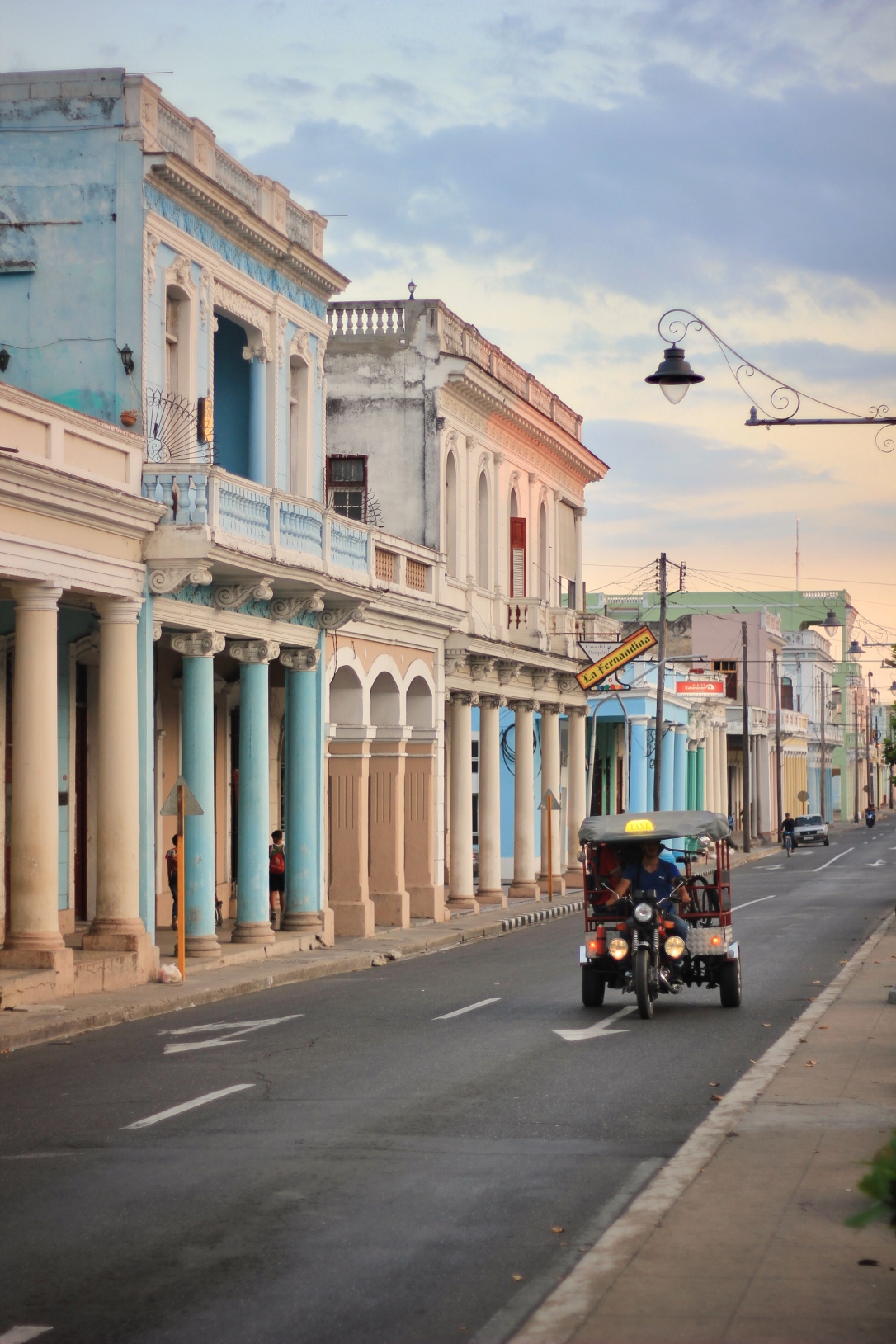 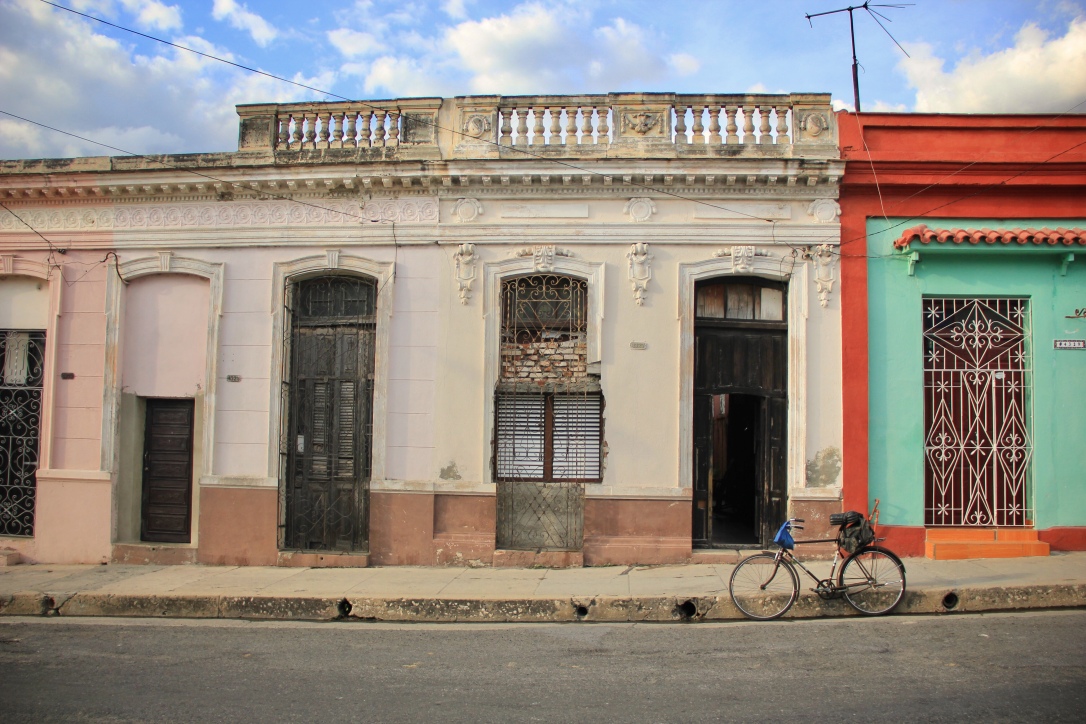 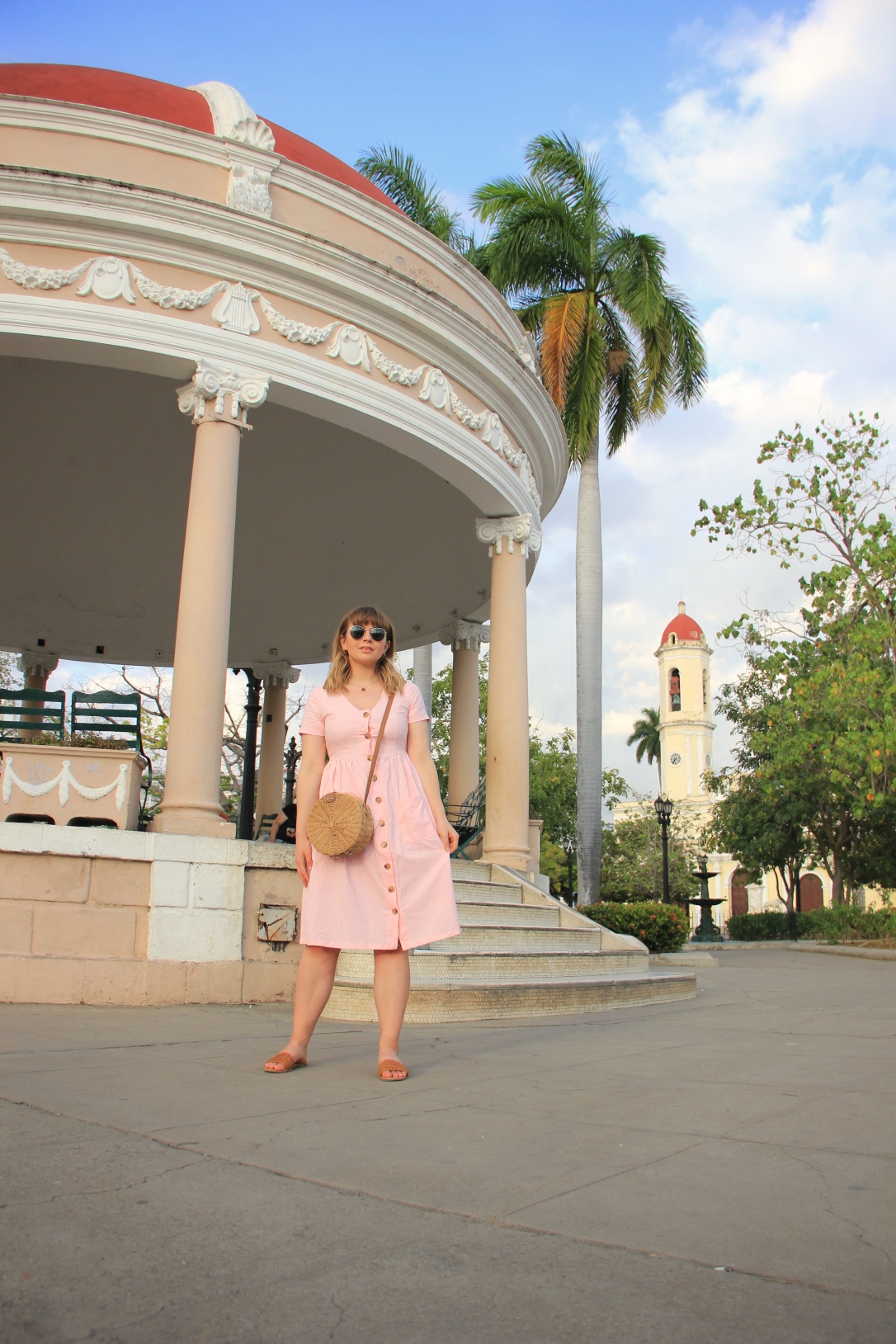 Town centre: The historic centre of Cienfuegos is a UNESCO world heritage site and rather than just passing through on the way to specific sights, we made time to wander it. The architecture is beautiful; a varied mix including colonial, neoclassical and art deco and the city has its own grace and style which is really appealing. The wide boulevard which cuts through it is home to a statue of Benny More, the Cuban musical legend who wrote a song about the city.

Parque Jose Marti: This is the large rectangular park close to the centre of town; there’s a very pretty bandstand, the Arco de los Trabajadores (arch of triumph), and a cathedral sits on the edge of the square. It’s a great place for people watching, whether it’s dog walkers, teenagers playing football, or people desperately trying to connect to wifi. 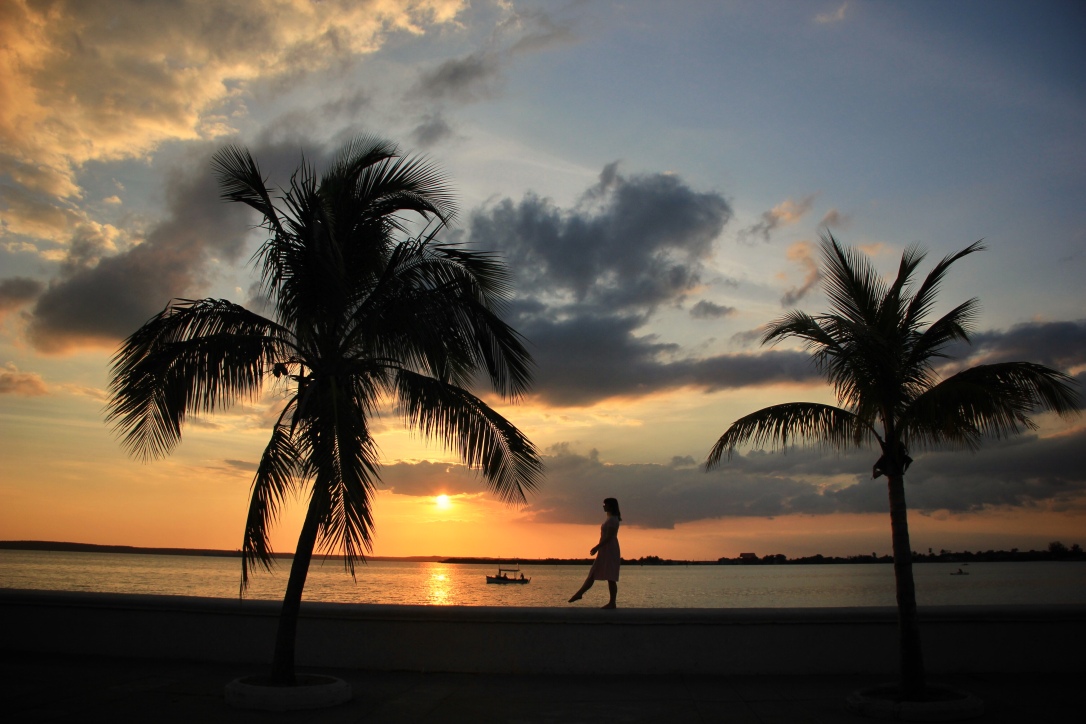 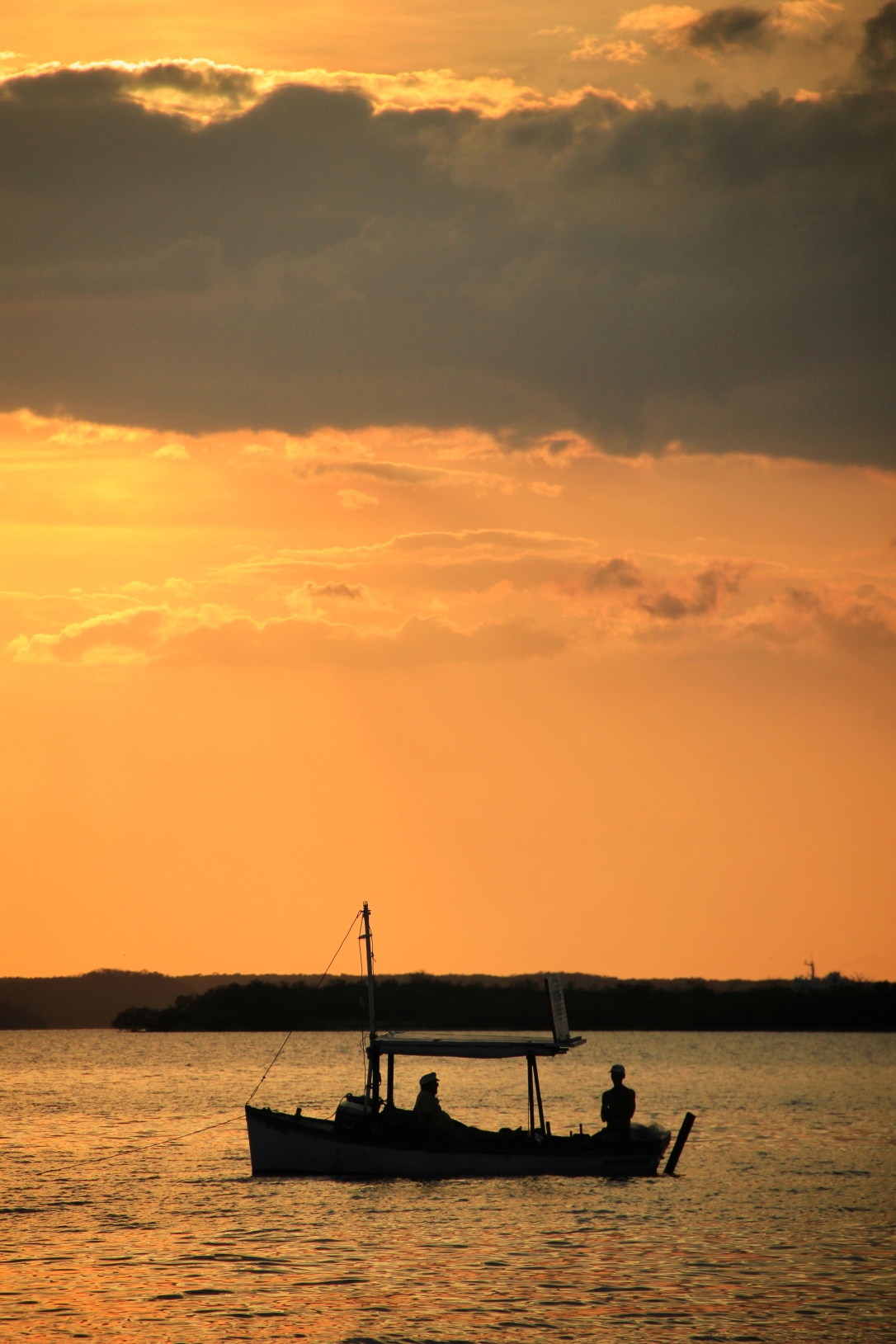 Malecon: We walked the Malecon on our first evening in Cienfuegos and it was beautiful; the road is lined with palm trees and the sun lowers itself slowly into the sea at this time, making this a perfect sunset stroll. Again, it’s a great people watching spot, with runners, fishermen and groups of friends all crossing paths around here. It’s a bit smelly in places on account of all of the fishing going on, but hey, just think of this as *authenticity*.

Punta Gorda: I didn’t fully understand what Punta Gorda was at first, so in case anyone is visiting; it’s a piece of land that sticks out into the bay, contains an eclectic mix of grand buildings and is well worth a look around. It’s easily walkable from the centre of Cienfuegos (about 3km I think), but you can get a taxi or bike taxi too. There you’ll find a gorgeous marina and a number of mansions built by aristocrats around a century ago, which are both impressive and fascinating – some of them have more than a touch of Wes Anderson about them. 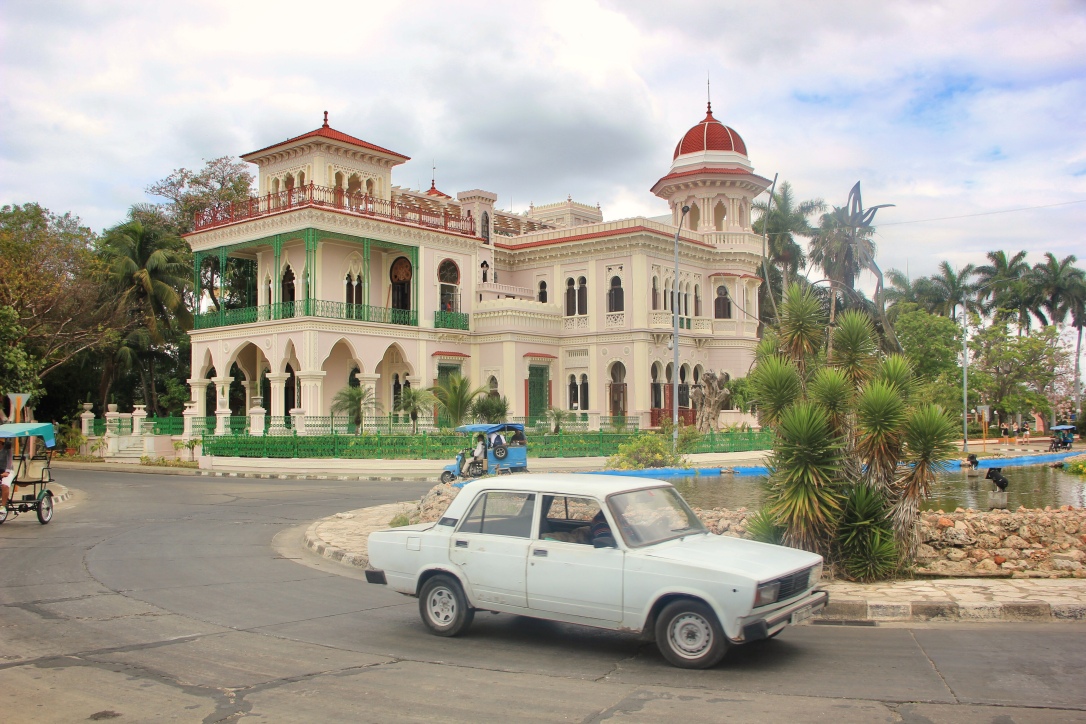 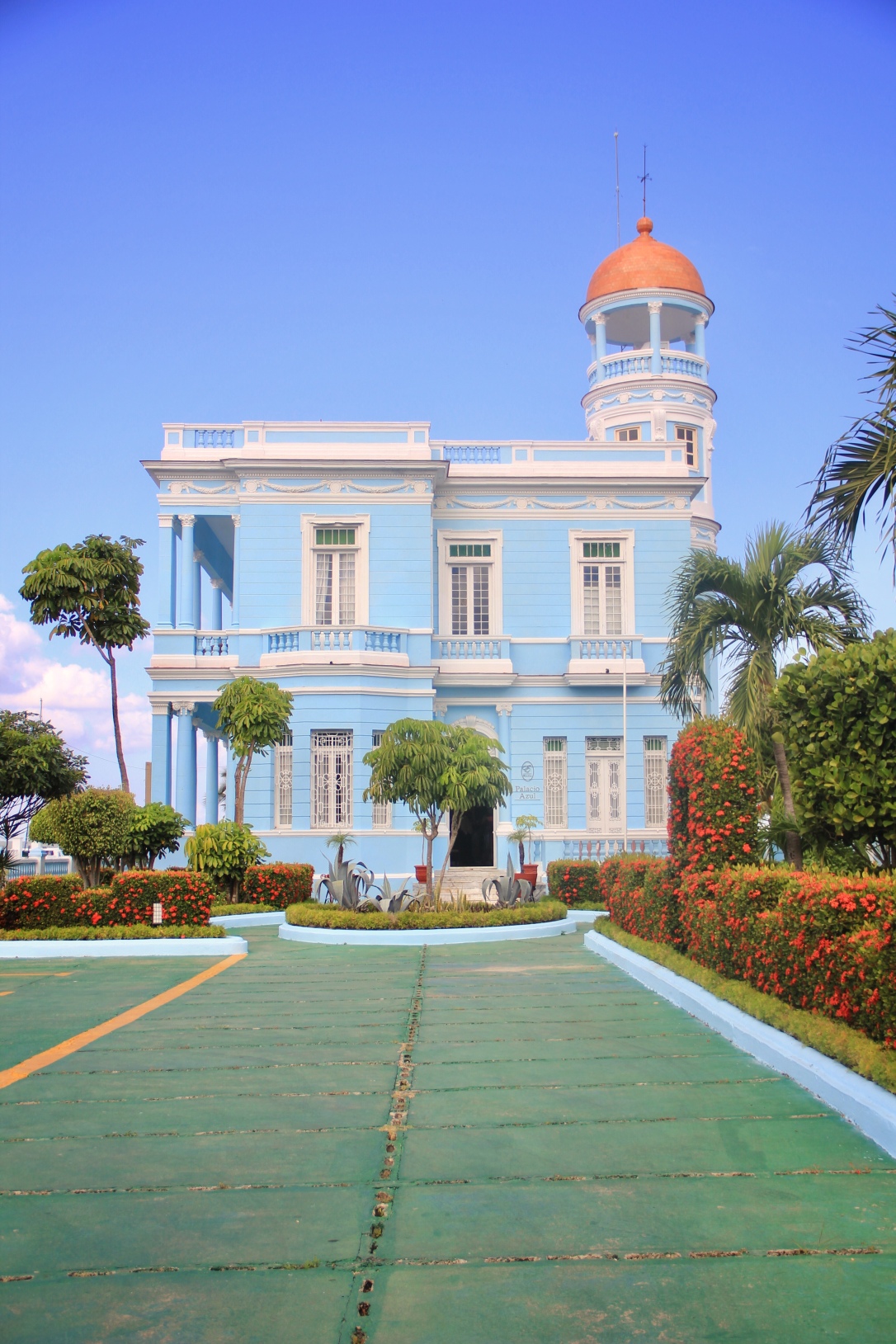 Casa Prado: Quelle surprise, yet another Cuban restaurant with strong cocktails. I really loved our evening here; it felt warm, friendly and buzzy from the off and the staff were excellent. The food is delicious, the rooftop is great and there’s live music.

Dona Nora: Situated on the main street through a door and up some stairs, this place boasts ‘home cooked’ style food which comes with all the usual Cuban accompaniments and great service. I wouldn’t claim to have been blown away by what I ate specifically but the comfortable atmosphere and lovely people make it a great little spot – especially if you get one of the tables on or next to the little balconies. 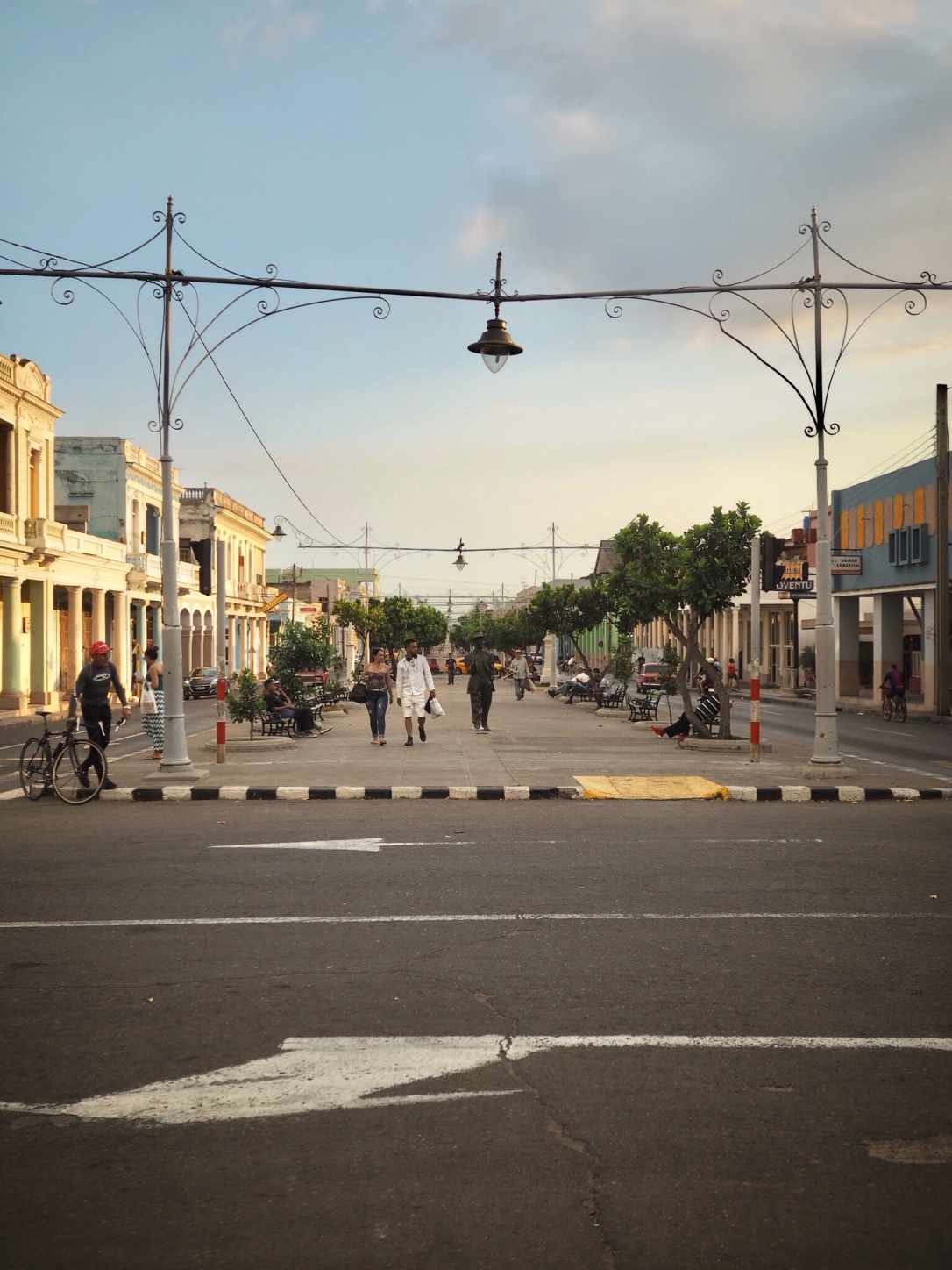 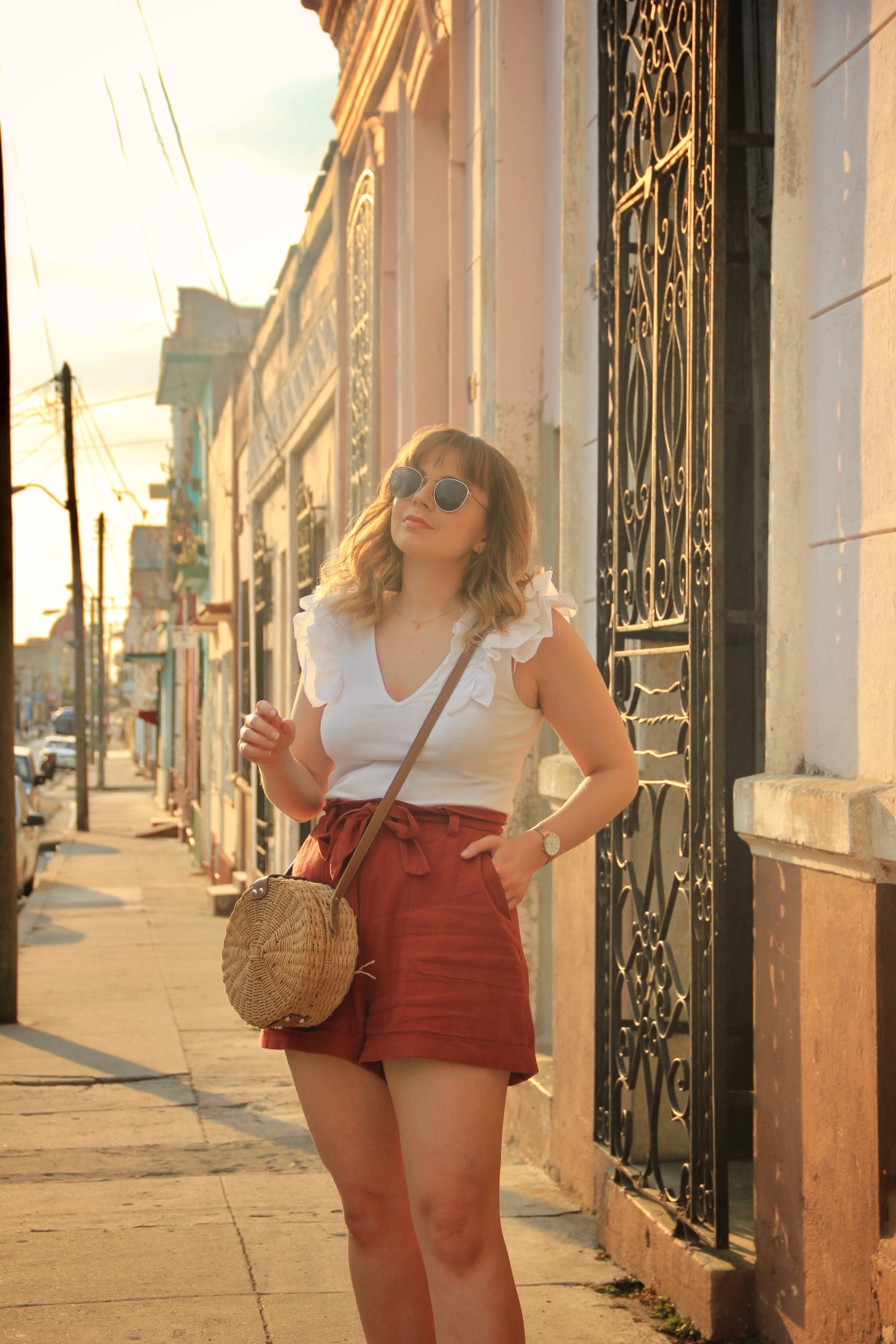 Viazul: Next up in the worst office ever competition is the Cienfuegos Viazul office, which is competing against all of the other Viazul offices. Can’t quite decide if they won or not, but expect repeated tipping to be asked of you and a general sense of unease. It’s closed 12-2, so if you need to buy tickets go outside of those times.

Wifi: The best spot for wifi is Parque Jose Marti, where it’s supposedly pretty good. Unfortunately I can’t verify this because my phone has the technological capabilities of a potato, but probably head there for your browsing, scrolling and gramming needs.

Facilities: A post office, pharmacy, bank, Etecsa office and Tourist Information Centre are all located within steps of each other, either on Avenida 56 or on smaller roads that lead off from it, so this is the area to go for any travel admin you need to do.

Accommodation: Hotels and casas are spread over town – I don’t think you’d have a problem arriving here with nothing booked – and location won’t be too important in terms of getting around. 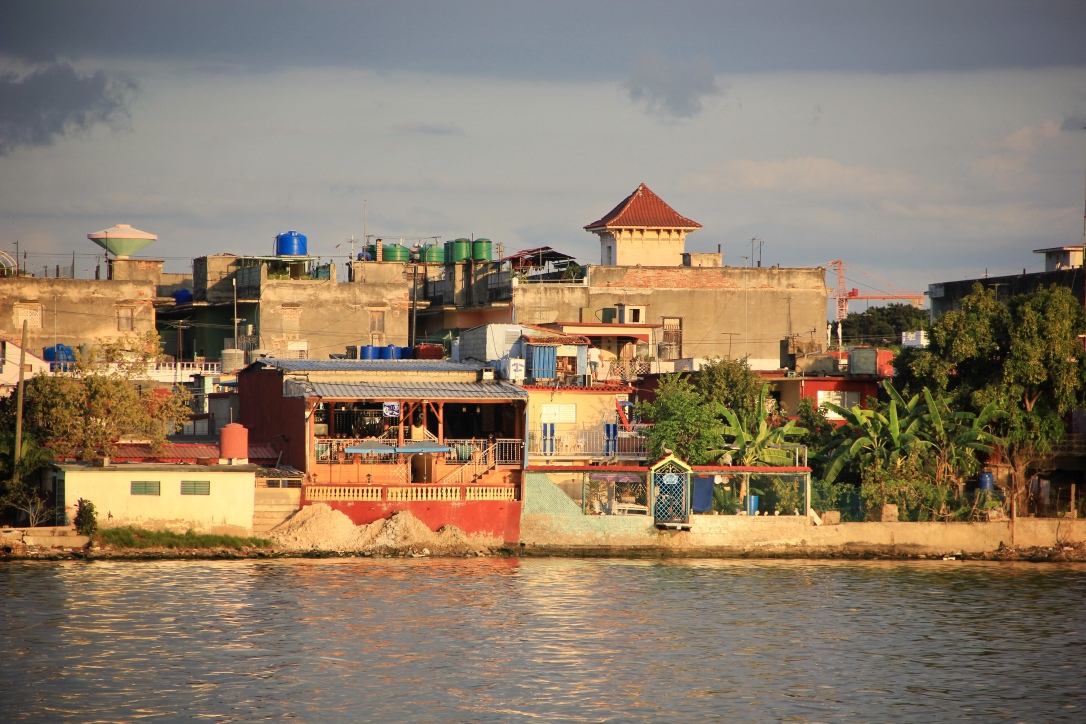 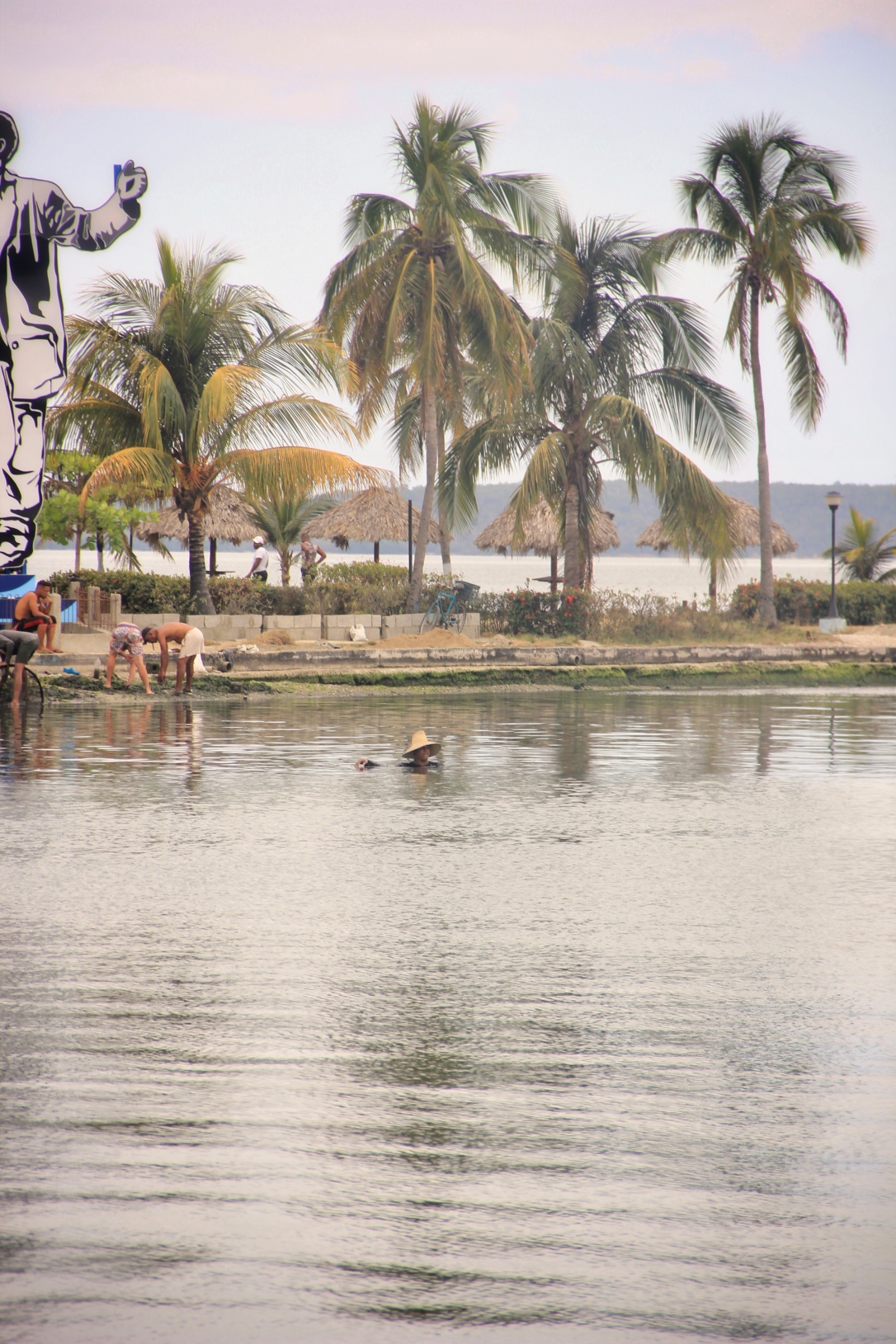 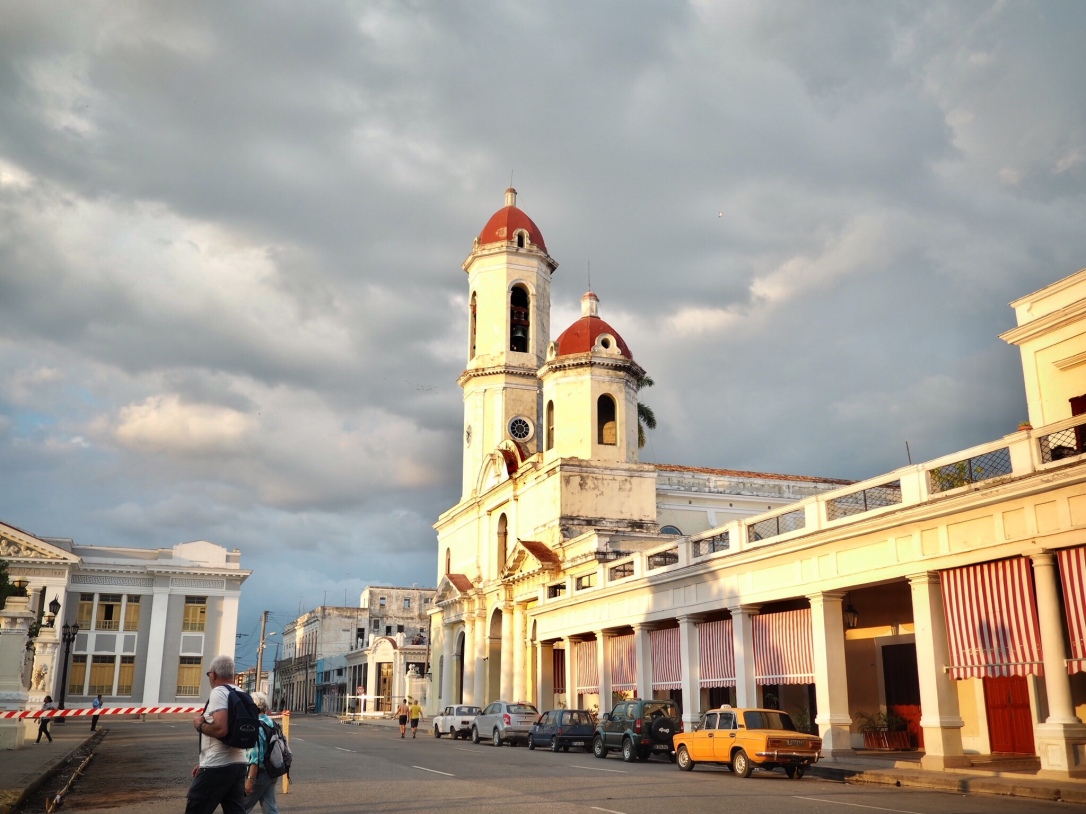 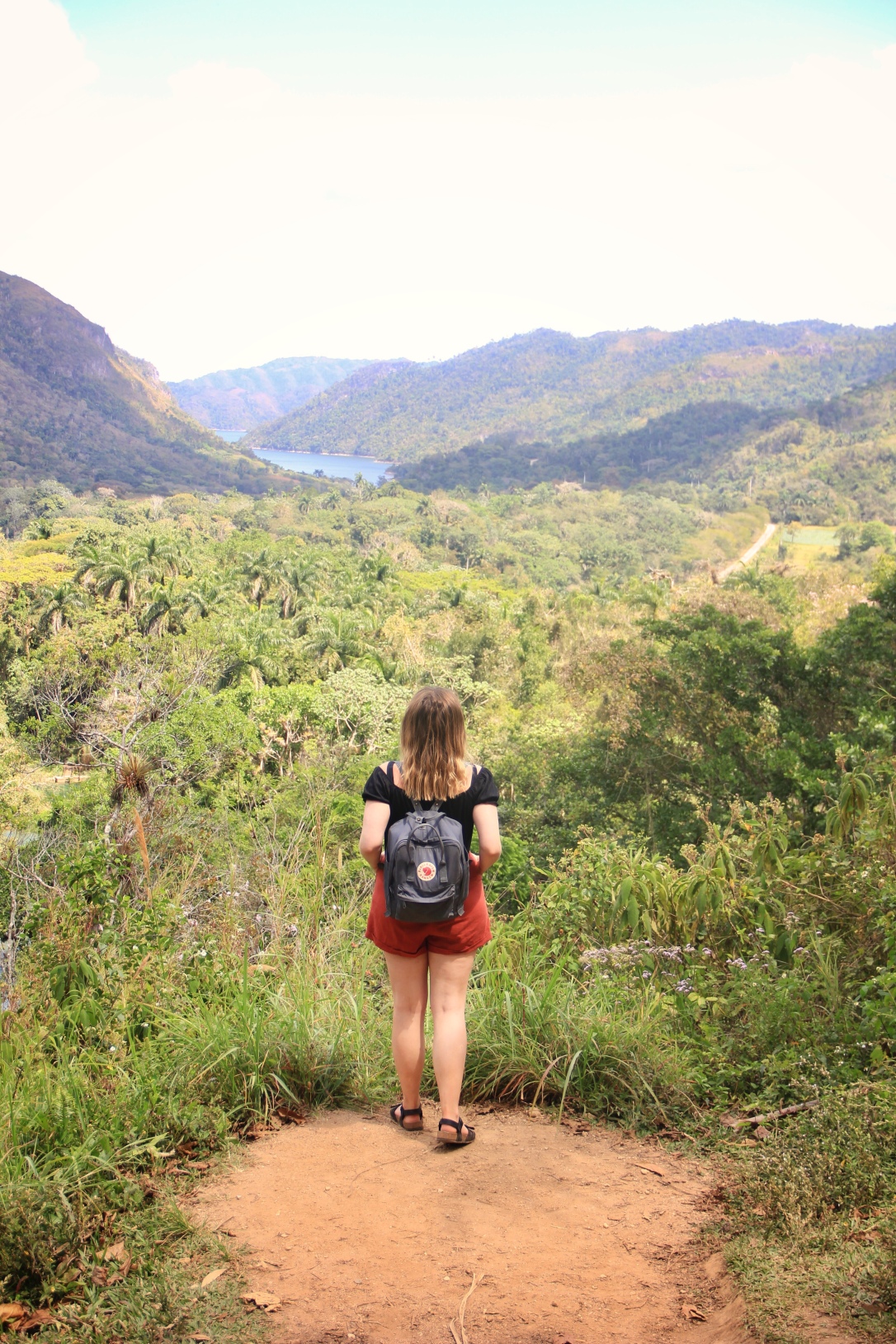