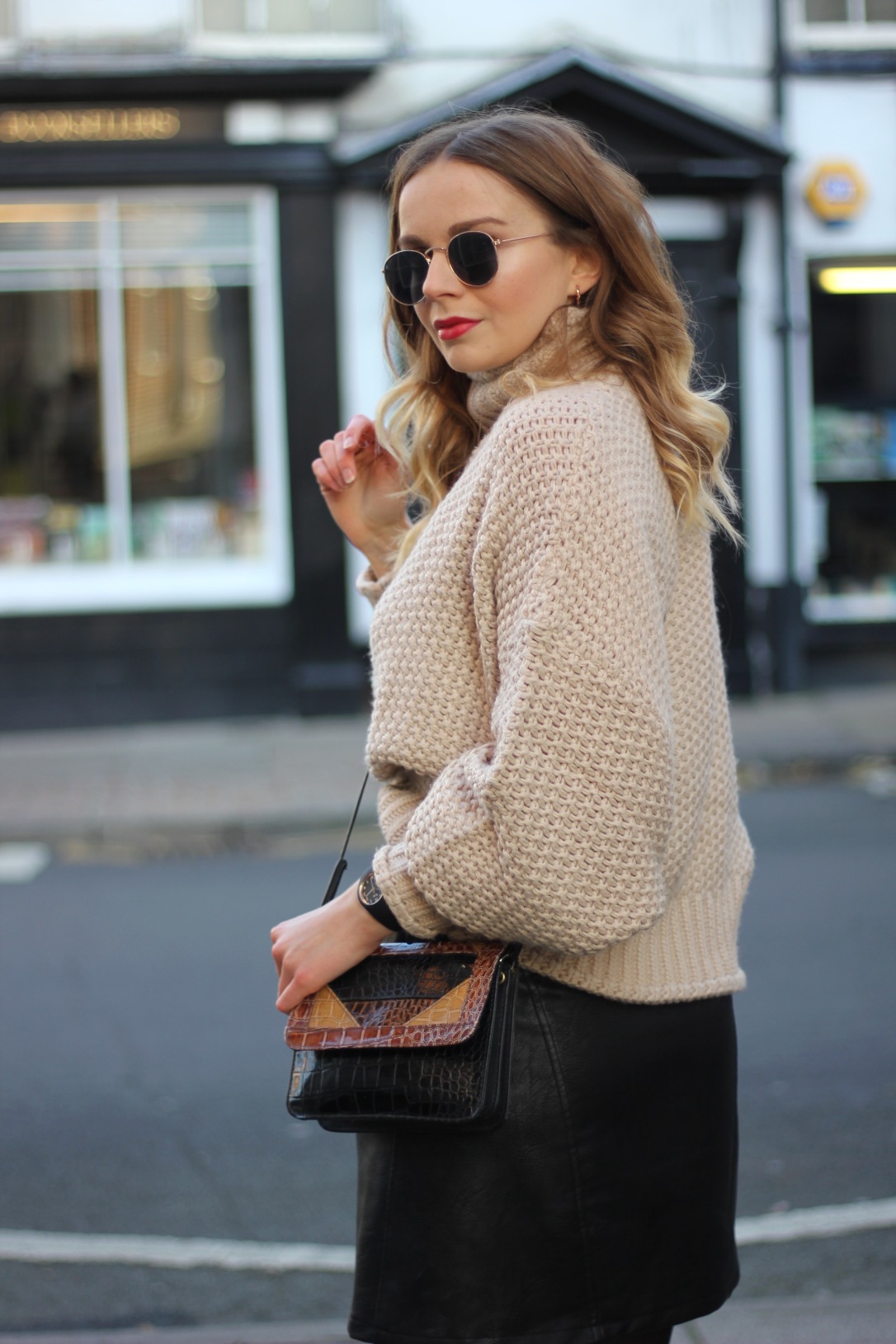 One of my biggest fears, and in many ways biggest obsessions, is wasting time. Wasting anything in general actually doesn’t sit well with me at all – it’s what has me eating absolutely everything on my plate because err you what mate I am not putting good food in the bin – but precious minutes or hours are what I’m most fearful of squandering.

This has been the case for as long as I can remember. Sometimes I’m fixated on not wasting a single minute of working time for fear of not reaching where I want to be, sometimes I’m concerned with not wasting weeks of my life on the day to day when I feel like I should be doing that ever-elusive something that us ambitious millennials feel we should be doing instead, and sometimes it’s something other than those things. It gives me the most ridiculous road rage and it makes me do the very British sigh when I’m standing in a long queue in a shop because just THINK what I could be doing with those precious minutes instead.

For the most part, I think the desire not to waste time is a good attitude to have. There are no refunds where time is concerned after all, and it’s a commodity that it’s really important to appreciate. In many ways, I’m very pleased I feel strongly about not spending this most important thing we have on nothing.

And yet recently, I’ve been thinking that the thing I’m truly wasting my time doing is worrying about this. I’m beginning to realise that despite it being great not to want to throw away my time on unimportant things, obsessing over it isn’t actually making me happier, and also that this is a wider fixation that’s prevalent in the way we as a generation discuss life, rather than something that just affects me. 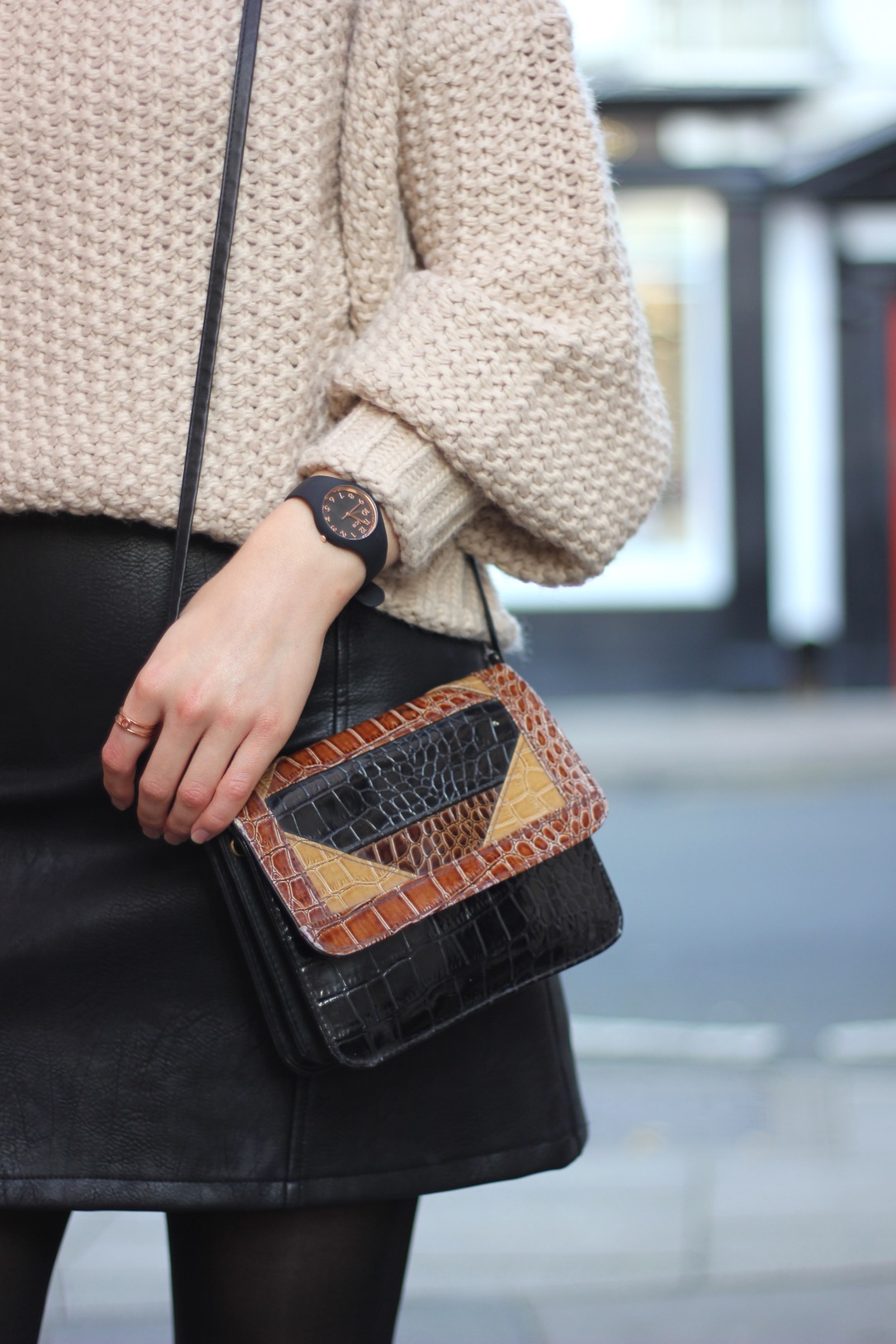 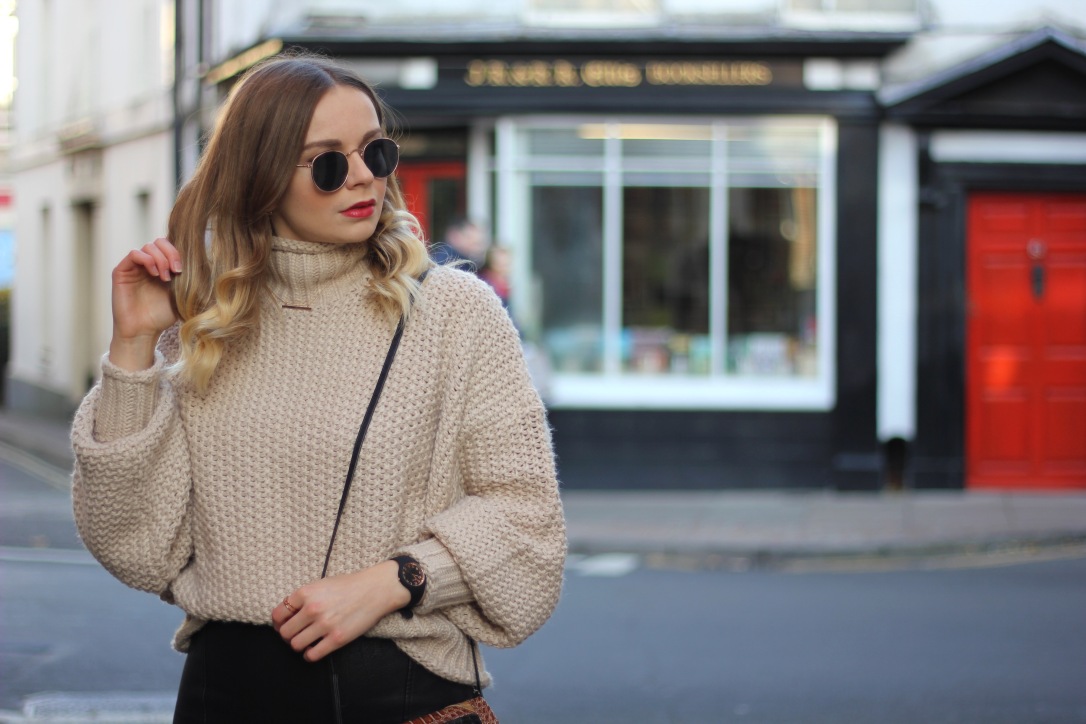 On the one hand, our culture glorifies non-stop grafting (I’ll be the first to admit that I’m a culprit of this) and is fixated on productivity and time management, which along with a lot of incredibly vague ‘hard work’ are supposedly the recipe for being a ‘girl boss’. If you waste time on things which aren’t your career, side hustle, business or self-improvement pursuits, then you can’t be surprised if you don’t succeed to the highest level, apparently, making the concept of wasting time a pretty scary one.

On the other, there’s the idea that you’re wasting your life by not doing every single crazy thing there is to do, grabbing every experience possible by the proverbial horns and generally living the ‘YOLO’ dream, as it were. Much as this is very exciting and I fully appreciate the idea of seizing opportunities and living life to the fullest, that’s quite a lot of pressure too. Is it any wonder it’s easy to worry about what we’re doing with our time? 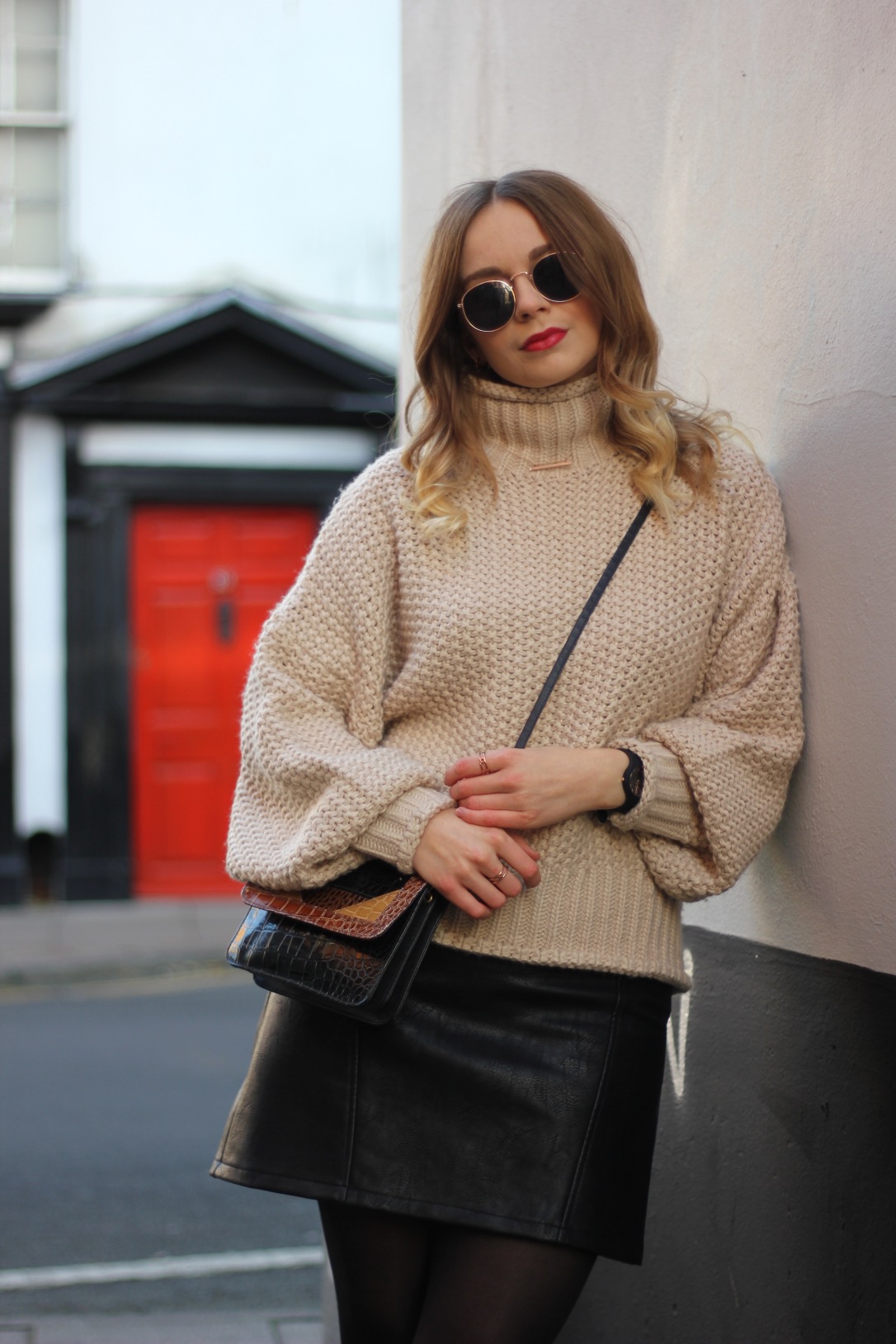 So it’s these influences, I think, which feed into my fears about time wasting. They make me feel like I need to spend my time either doing work, or travelling, or having new experiences, or… I don’t quite know. Doing something. Even self-care, buzzword du jour (and very important, I do believe that), has to a degree become another of the ‘somethings’ that are acceptable to spend time on where just regular old existing won’t do.

Perhaps its time to back off on the notion that time not spent accomplishing is time wasted. It’s definitely time for me to stop wasting time worrying about that, because ironically enough that’s probably less productive than doing nothing at all. And it’s fine, actually, to not be striving for optimum productivity with every minute or to not be desperately trying to stuff every day with experiences or trips or thrills. There’s a lot to be said for spending time just being, and most importantly being content.

Someone I used to know would occasionally use the quote (which they would always attribute to John Lennon but I think that’s actually incorrect and someone said it before him) ‘Time you enjoy wasting is not wasted time’. It feels very apt for this blog post, because I guess what I’m trying to say is that if you are enjoying yourself, there’s no need to worry that you aren’t doing things that you feel you’re expected to. I think this is probably something a lot of us could do with remembering at times; whether you’re desperately striving to be the bossest of girl bosses and clawing every last moment of productivity time from your day or you’re constantly searching for the next big something to do, that month of going about day-to-day life, afternoon spent doing nothing, or half hour lie in isn’t a waste of your time (and it is your time, remember that) as long as it makes you happy.

Cliché alert for one of the biggest ones going and oh-my-god-I’ve-heard-this-SO-many-times-you-don’t-need-to-tell-me; time is precious. As much as we might know it’s the case, we don’t always know it, or act on it. Working hard is something that makes me happy, as does saying ‘go on then’ and booking another flight to a new place, but I also really need to rid myself of the worry that comes with doing nothing but living.

So, fuck it. I’m going to say yes to contentment and the fact that ‘living my best life’ might not mean ticking off the world’s longest bucket list (although I do have rather a large one, and I do hope to get a fair few of them done!) or smashing through the biggest possible workload I can manage. I’m going to waste a little bit of time soon, and I’m going to do it so bloody joyfully that it won’t actually be a waste at all. 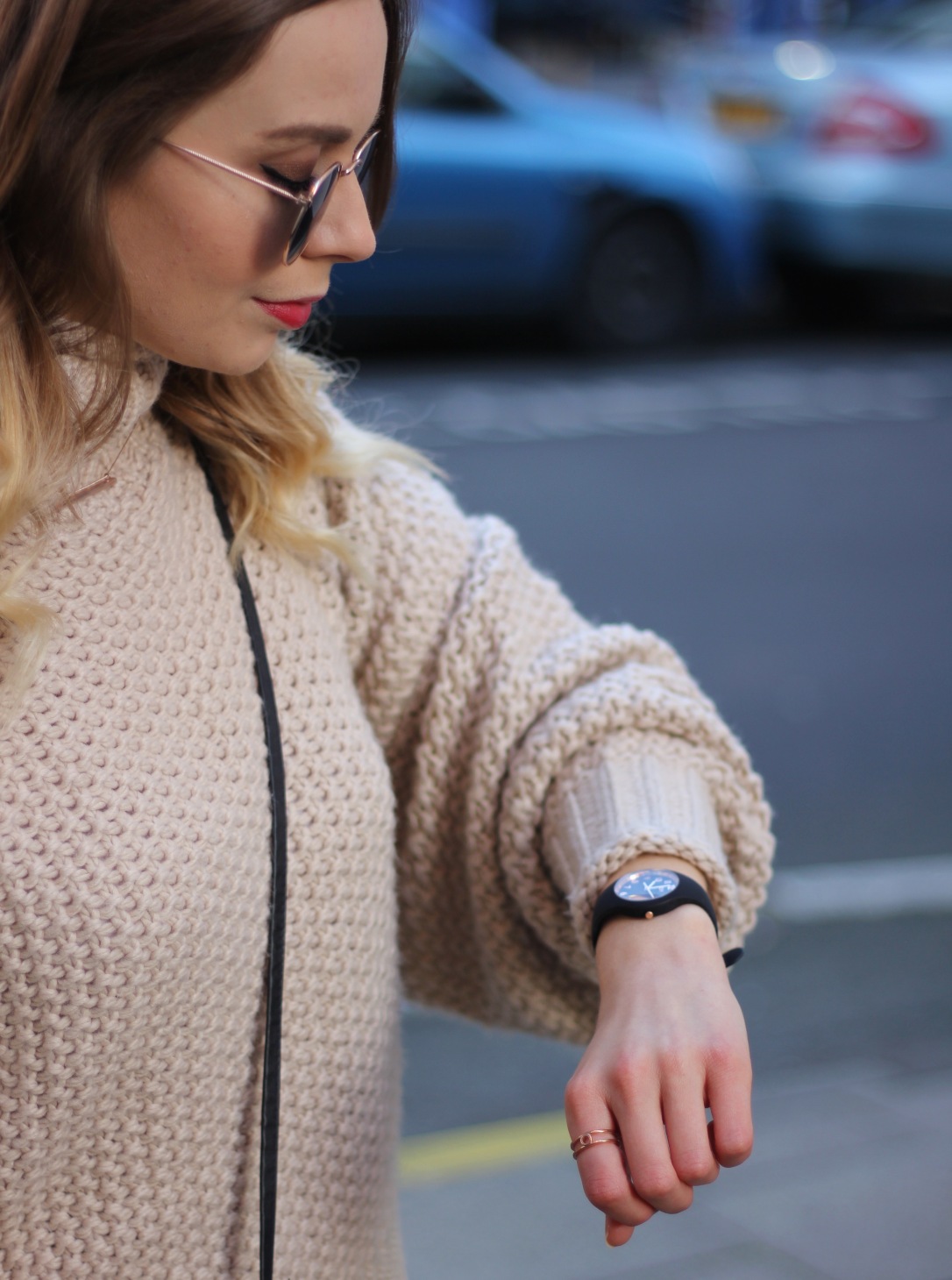 Allow me to introduce you to my best jumper purchase in years, this oversized delight from H&M. I’m loving it with just about everything, and on this day stuck it on with a faux leather skirt (my old one was about 5 years old and due for replacing, so this is a current season Zara number), some heeled boots and an old Primark mock croc bag dug out from the depths of the wardrobe.

Quite clearly, the prompt for the theme of this post was my lovely new Ice Watch, something I feel very lucky to have received. Since being vegan I’ve been wondering what my options are for a watch strap that isn’t jewellery-style or mesh, and it turns out a great answer to that is silicone. I love that the design itself is cool and casual (like the slouchy jumper), but that the rose gold and pretty face give it a glam edge (like the pleather mini).

*C/O denotes an item which has been gifted to me. All styling, imagery and words are my own.